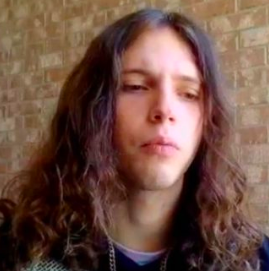 Guy Wesley Reffitt, a supporter of Donald Trump who tried to attack the United States Capitol while armed with a rifle, was sentenced to more than seven years in prison on Monday, August 1, 2022. The sentencing took place in 2022. Jackson Reffitt, the offender’s offspring, has said that his father, who was responsible for the out-of-control violence that occurred on January 6, 2021, clearly merits the punishment that was handed down. According to the young man, who is 19 years old, Guy’s acts during the uprising were reprehensible and went beyond the bounds of what may be considered political protest. “From a purely realistic standpoint, this is not a question of political opinion. “What my father did has nothing to do with politics,” he said in an interview with CNN on Tuesday. “This is utterly off the rails violence, and at this point, it doesn’t matter if it had a political goal or not. This is completely unacceptable. It’s less about what he says and more about who he says it for that matters.

An FBI agent said that Reffitt warned his son and daughter that if they turned him in, they would be considered traitors. “If you give me in, you’re a traitor and you know what happens to traitors… traitors are shot,” Reffitt reportedly told his children at an earlier stage of the inquiry. In addition to that, he said that he went to the Capitol building in order to “defend the nation.”

Who is Jackson Reffitt?

Jackson Reffitt’s admission was one of the crucial turning moments in the case inquiry against his father during the events that occurred in the United States Capitol. He disclosed as much information as possible about the numerous precautions that his father had taken before to the outbreak of violence. After some time had passed, it became clear that Jackson had moved out of their family home but had concealed his new address out of fear for his safety. During the investigation, he made the following statement: “I would say I’m sorry because I don’t feel like I placed him in this circumstance, but I still feel terrible.” Jackson said in a conversation with CNN that he “would do it again” if given the opportunity. “After the rioting in the Capitol, the FBI contacted me about my father,” she said. According to what Jackson was reported as saying, “it was my moral compass, in a sense, to do what I believed would safeguard not just my family but also my dad himself.” According to a report from CNN, Jackson further elaborated by saying, “If you were to write down that phrase and offer it to anybody, ever, it would never be OK.”

A short letter from Reffitt’s son Jackson Reffitt, who had testified against his father, was read in court on Monday, August 1, 2022, by Assistant US Attorney Risa Berkower. Jackson Reffitt had testified against his father. He advocated for his father to get mental health therapy as a condition of his sentencing. Jackson Reffitt noted in his letter, “My father has lost himself to an endless number of things.” It is unacceptable to utilise the judicial system to destroy a person; rather, it should be used to rehabilitate those who have committed crimes. Reffitt was found guilty of five significant offences and received a sentence of more than seven years in prison for these counts, which include interfering with Capitol Police, transporting and carrying a handgun on Capitol premises, and disrupting an official procedure.

Share
Facebook
Twitter
Pinterest
WhatsApp
Previous articleWho Is George Regan (Boston PR Leader)? He Got Married To Elizabeth Akeley In Cape Cod
Next articleWho is He? 26 years old sets forest on fire while trying to burn spider with lighter