Apna NewzLeading The Youth Towards Future
HomeNewsWho is He? Texas College Student Who's 27, Adopts Baby He Found...
News

Who is He? Texas College Student Who’s 27, Adopts Baby He Found In Trash Can 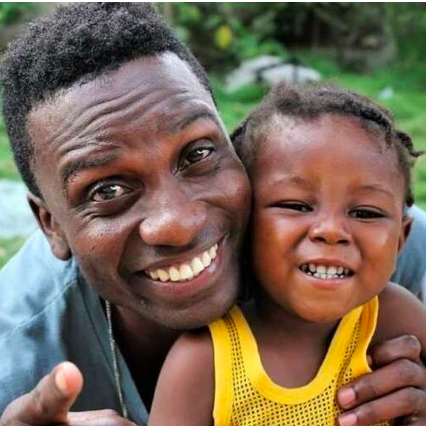 It’s a myth that all heroes have to wear capes. This proverb is particularly applicable to a college student from Texas who is adopting a baby boy he discovered covered in ants and hiding in a trash can in Haiti while he was on vacation there.

Jimmy Amisial, who was 27 years old at the time, found a baby boy who was covered in ants inside of a trash can. He removed the infant from the garbage can and promptly delivered him to his mother, Elicie Jean, who is 66 years old. According to the reports, before reporting the infant boy to the authorities, they took him to the hospital, where he received medical care, and where they also fed and cleaned him.

Amisial contacted the local authorities and reported the incident to them. However, because the authorities were unable to identify the baby’s biological parents, the judge in charge of the case questioned Amisial about the possibility of becoming the baby’s legal guardian. After giving it some thought, Jimmy came to the conclusion that he would be the child’s legal guardian and gave him the name Emilio Angel Jeremiah.

How did Jimmy Amisial find Emilio?

Amisial discovered Emilio in December of 2017, while Amisial was taking advantage of his semester break from Texas State University to travel to Haiti to spend time with his mother. Amisial spent his vacation time volunteering at the orphanage that was located close to his house. One day, as he was walking to the orphanage, he happened to notice a group of people congregating around a garbage can. Amisial made his way to the front of the room, where he discovered that the can contained a baby boy who was only four months old.

“When I woke up that day, I had no idea that my life was about to change in a way that would affect me for the rest of my existence,” Amisial said. “People were swarming around this trash can, and I could hear them arguing amongst themselves about what should be done with the infant. Everyone was just staring at him, and not a single person offered any kind of assistance. He was sobbing and was not wearing any clothes, and I could see the agony in his eyes; I knew I had to help him in some way “he added.

Amisial removed the infant with her hands and brought him to her own mother. The condition of Jimmy’s infant son, who was only four months old, shook up Jimmy’s mother. They calmed their nerves by giving the infant a bath and then taking him to the paediatrician for a checkup.

The hearing continued throughout the following days. On the final day of the hearing, the judge questioned Amisial about whether or not he would be interested in becoming the baby’s legal guardian. Amisial said, “After I was asked to take care of him, I lay in bed for days, tossing and turning as I deliberated over what course of action to take. My family has always had a hard time making ends meet, and I had already fallen behind on the payments for my university fees. However, I did not have a father when I was growing up, and this poor child was facing a lifetime of insecurity and ambiguity as a result. I felt like there was a higher power guiding me through this experience, so I decided to put my faith into action and follow my intuition.”

Amisial has been the legal guardian of Emilio, a young boy, for the past 5 years. Since that time, he has been dividing his time between continuing his education and caring for Emilio.

Amisial has started the formal adoption process for Emilio, which is required by law. Because he needs $30,000 to finalise the adoption and he won’t be given a date of completion until he turns in the money, he has started a campaign on GoFundMe in the hopes of raising the necessary funds.

Share
Facebook
Twitter
Pinterest
WhatsApp
Previous articleWho is He? A man who gouged out the eyes of his girlfriend for the FIFTH time is denied parole
Next articleCherie Gil, Filipino Actress Cause Of Death Is Cancer. What Actually Happened To Her?