Who Is Jillian Epperly (Jilly Juice CEO)? What Happened To Jilly Juice? Death And Lawsuit Update 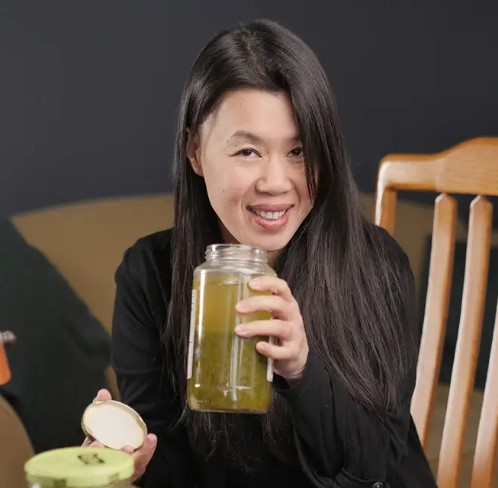 Jilly Juice was developed in 2016 by Jillian Mai Thi Epperly, despite the fact that she lacked any prior scientific or medical training. She claimed to the medical professionals that Jilly Juice could treat a variety of illnesses.

People have criticized her for making ridiculous charges, and some of these critics have gone as far as to say that many of her assertions were offensive.

What Is Jilly Juice?

Jilly Juice is a fermented beverage that is also used as an alternative medicine. It is promoted as having the ability to treat and reverse a variety of conditions, including aging, cancer, HIV, Autism, psoriasis, Candida infections, and Down syndrome.

According to Epperly, the “power of Jilly Juice” has the ability to change the biochemistry of persons who identify as LGBTQ. She asserted this in a post that she made on Facebook, saying that “body mutation causes gender identity.”

The creator of the juice has even asserted that it has the ability to treat homosexuality and regrow limbs that have been amputated.

At room temperature, the juice is produced by fermenting cabbage or kale in water with salt. There are no other ingredients. Jilly Juice can allegedly be prepared with two cups of water, one teaspoon of pink or sea salt, and two cups of cabbage or kale, as claimed by proponents of the beverage.

This alcoholic beverage’s efficacy has not been established, and it is not FDA-approved. Because of the extremely high sodium content of Jilly Juice, its intake has been linked to serious health problems and has even been known to cause death in certain cases. It is strongly recommended that you steer clear of drinking this beverage at all costs.

How much money does Jilly Juice make and how much is its net worth?

On the internet and throughout social media as of the 27th of August, 2022, there is no information available regarding Jilly Juice’s net worth.

But despite our best efforts, we have not been able to uncover very much more information about Jilly Juice’s financial situation at this time.

Jilly Juice’s membership site formerly required a payment of $5 per month, or $30 per year, to have access to her recipe and assistance. In addition, she made herself available for private sessions at a rate of $70 an hour.

On the internet, a lot of people and the media have voiced their disapproval of this juice. Jilly, only a select few people have provided constructive criticism in regard to this.

What Happened To Jilly Juice?

Jilly Juice is no longer available for purchase due to the large quantity of sodium that it contains, which can lead to a variety of adverse health effects.

The ingredients in Jilly Juice might not necessarily be dangerous, but her assertions regarding those ingredients are. She explained to Dr. Phil that, despite the absence of numbers or proof, she is of the opinion that the juice has the potential to cure cancer and autism and even assist people in achieving a lifespan of 400 years.

However, a man who was given a cancer diagnosis and turned to Jilly Juice as a treatment realized that it was unsuccessful.

The fact that Jilly Juice, LLC only has a 2.48-star rating after 296 customer reviews indicates that the vast majority of clients are unhappy with the products they have purchased.

Customers of Juice, LLC routinely express dissatisfaction with cabbage water, explosive diarrhea, and problems related to medical training. In the category of websites dealing with Vitamins and Supplements, Jilly Juice, LLC currently has the 47th spot.

Detail To Know About Jilly Juice Death And Lawsuit

Bruce Wilmot passed away in the summer of 2017, having been diagnosed with metastatic pancreatic cancer. He had consumed Jilly Juice before to his passing.

Epperly said in a video message that Wilmot had not consumed a sufficient amount of Jilly Juice and that he “really should have kept going.” Epperly’s statement was in response to Wilmot’s passing. There is a possibility that his drugs, his use of pineapple juice, or the medical industry all played a role in his passing.

Later on, Epperly declared that she “cannot be held accountable” for the deaths that were caused by her product, as well as the fact that “correlation does not imply causation.”

How Old Is Jilly Juice’s CEO? What Is Her Age?

As in the year 2022, Jillian Mai Thi Epperly, CEO of Jilly Juice, is either in her 40s or 50s. On the other hand, her birth date has not been published anywhere online as of yet.

Epperly was born in Vietnam, although he has been a resident of the United States since May of 1975. When she was adopted by her American parents, she was a young child of less than two years old.

The chief executive officer contends that an organism known as candida is responsible for illness within the body. According to Epperly, the consumption of one gallon of Jilly Juice on a daily basis is the most effective way to treat any illness or disability.