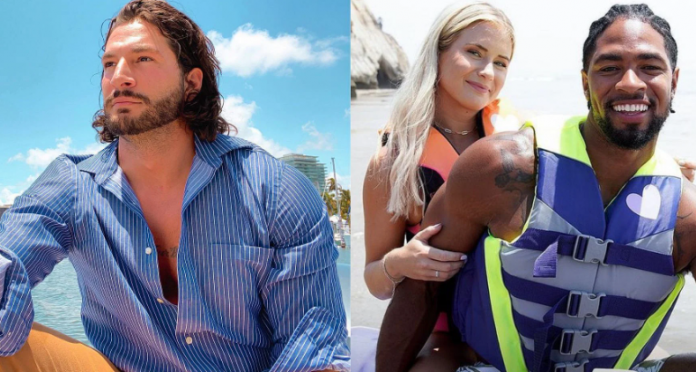 On the most recent episode of Love Island USA Season 4, which aired on August 9th, viewers got to see the original castaways making the most of their time at Casa Amor.

The original couples’ commitment to one another will be put to the test when the show introduces Casa Amor, a villa that is quite similar to the one on Love Island. The new episode begins with Deb in the villa where six additional male islanders have just arrived. It was obvious that she had feelings for Kyle Fraser, and he later revealed that he had been smitten with her from the moment he entered the villa.

Because viewers were underwhelmed by the nature of the connection between Deb and Jesse, they were overjoyed when they saw the two characters hit it off with one another.

During this time, Jesse can be found in the Casa Amor villa along with six additional female island residents. The participants from the Original Generation have been split up according to gender; the boys are in Casa Amor, and the girls are at the villa.

Fans of Love Island USA urge Deb to pick Kyle over Jesse as her winner.

The chemistry between Jesse and Deb has become stale for the viewers of Love Island USA. The fact that the two had previously been picked as the couple with the “most one-sided relationship” caused Deb to have doubts about her connection to Jesse.

Even though the latter mentioned contributing more to their partnership, Deb was not completely persuaded by their claims. For Deb, the arrival of Casa Amor was like a breath of fresh air because she finally discovered someone who thought the same way she did. In the most recent episode of Love Island USA 2022, she and Kyle connected right away and became fast friends.

In addition to the fact that Deb and Kyle were spotted kissing one other, Kyle concurred with Deb’s judgement that the birds were phoney. She went so far as to say that she didn’t even think about Jesse when she was hanging out with Kyle. The audience is pulling for the new couple, and they want her to choose Kyle over Jesse as her boyfriend.