Apna NewzLeading The Youth Towards Future
HomeNewsWho Is Mother Of Faiq Bolkiah? Footballer Father Jefri Bolkiah Is A...
News

Who Is Mother Of Faiq Bolkiah? Footballer Father Jefri Bolkiah Is A Billionaire 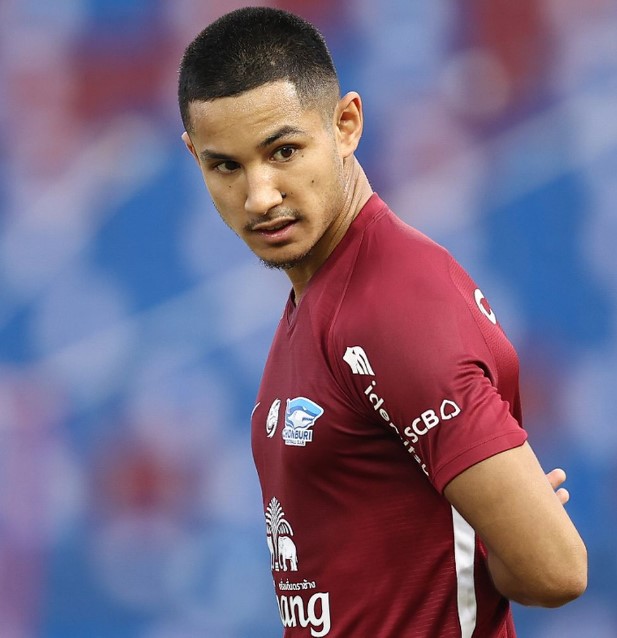 Faiq Bolkiah is a professional footballer for Brunei. He comes from a Royal family and currently plays for Chonburi, a Thai club.

Bolkiah is renowned as our generation’s wealthiest footballer. Due to his family and financial ties, the 24-year-old has been featured frequently in the news media. However, relatively few individuals are aware of some intriguing facts about him.

Little is known about the mother of Faiq Bolkiah. She may, however, be one of the Brunei prince Jefri Bolkiah’s wives.

Additionally, there are rumors that Faiq’s mother may be American. However, no such information about her has been published online. We only know that Faiq Jefri Bolkiah was born on May 9, 1998 in Los Angeles, California.

Faiq is the cousin brother of Ukasya, the son of former NBA player Dennis Wallace, according to The Athletics. The news article speculated that the mothers of Faiq and Ukasya are sisters.

Faiq was sent to the United Kingdom to be raised away from the ostentatious lifestyle of his father.

The Brunei star has frequently stated that his parents have supported him throughout his football career, despite the fact that little is known about his mother.

He is a Member of the Bruneian Royal Family

Faiq Bolkiah was born into one of the world’s most powerful families. By design, he is a prince of the royal family.

Brunei’s Prince is Jefri Bolkiah, Bolkiah’s father. He is the present Sultan’s brother. According to Wikipedia, Faiq’s father has had six marriages, four divorces, and nineteen children.

The Bruneian Royal Family is one of the most prestigious and influential families in the world. Thus, Bolkiah is a descendant of Muhammad Shah, the country’s first Sultan. He is also the grandson of Omar Ali Saifuddien III and Pengiran Anak Damit.

In addition to their power, the extended royal family is renowned for their extravagant lifestyle.

He was born and raised in Los Angeles

Faiq Bolkiah and his mother relocated to Los Angeles. He is also an American citizen.

Along with his cousin Ukasyah, the son of former NBA player Dennis Wallace, he traveled to England to attend Thorngrove Prep School in Highclere, a town outside Newbury. Faiq developed a passion for football after being exposed to English football culture.

Bolkiah was born into a royal family, but he had a peaceful, private upbringing in rural Berkshire, in stark contrast to his father, Prince Jefri, in Brunei, where he would have grown up.

Bolkiah could have played for both the United States and Brunei national teams, but he chose to represent his father’s country.

He made his debut for the Brunei national team in 2016. He has scored a goal in six appearances for his home country.

The father of Faiq Bolkiah, Jefri Bolkiah is a billionaire

Jefri Bolkiah, Faiq Bolkiah’s father, is the Prince of Brunei. His current net worth, according to his Wikipedia page, is $1.5 billion.

Omar Ali Saifuddien III, the 28th Sultan of Brunei, gave birth to his father, Jefri, on November 6, 1954, making him the Prince and apparent heir, but he did not become Sultan.

Jefri’s older brother, Crown Prince Hassanal Bolkiah, ascended the throne following Omar’s abdication. While serving as the head of the Brunei Investment Agency for 15 years, Jefri led an extravagant lifestyle, amassing approximately £10 billion. He once served as the finance minister of Brunei, which is rich in oil, and is still extremely wealthy.

Jefri Faiq invited the late pop icon Michael Jackson to his grand party to commemorate his landmark 50th birthday and to win over his 7-year-old son. Prince Charles had paid approximately £12.5 million to Michael Jackson to perform a private concert for his son.

Faiq Is the Nephew Of Hassanal Bolkiah

Faiq Bolkiah is the nephew of Hassanal Bolkiah, the current Sultan of Brunei. His uncle is the longest-reigning monarch in the world.

As of 2022, according to Celebrity Net Worth, Hassanal Bolkiah’s net worth exceeds USD 20 billion.

The Sultan is known for his luxury gold-customized automobiles, including one of the most expensive Rolls-Royces in the world. According to the records, he owns approximately 7,000 vehicles estimated to be worth over $5 billion.

Exports of crude oil and natural gas are the primary source of revenue for Brunei’s royal family. In addition, the petroleum industry accounts for more than half of the country’s gross domestic product.

Faiq Bolkiah Has A Twin In His Family

In his family, Faiq Bolkiah has a biological sister. His twin, Qiana Faig Bolkiah, is one of his many unrecognized blood siblings with whom he has a close relationship.

Clarisse del Rosario is one of Faiq’s other well-known siblings. She is the second child of Faiq’s father, Jefri Bolkiah, and his second wife.

Karraminah, his beautiful half-sister, is also a social media sensation. Due to her model-like appearance, she has gained a large number of fans.

In addition, Bolkiah’s family includes seventeen half-brothers and half-sisters. In addition, he has ten cousins, including six cousin sisters and four cousin brothers who are his uncle Hassanal Bolkiah’s children.

Faiq Bolkiah Wife Or Girlfriend: Is He Married In 2022

In 2022, Faiq Bolkiah is believed to be dating a beautiful woman. However, the Prince has kept his private life private; he has not posted photos of her on social media.

Bolkiah is also extremely dedicated to his football career. His greatest ambition is to bring Brunei to the top international competitions, such as the World Cup, and to win the Asian Cup.

Under the handle @fjefrib, Faiq is socially active on Instagram. He has garnered 238 thousand supporters. His profile contains photographs of him in exotic locales, with the late Queen of England, and playing football.

According to his photographs, he does not live an extravagant lifestyle like the rest of his family.

As a youth, Faiq Bolkiah played for Chelsea FC and Arsenal

Faiq Bolkiah has played for the youth teams of numerous renowned football clubs, such as Chelsea, Arsenal, and Leicester City.

In 2009, when he began competing for AFC Newbury’s, Faiq was only 11 years old. However, the winger soon joined AFC Newbury, and his skills and intelligence helped him stand out among his teammates during his rookie season.

Faiq’s modesty hid the fact that he came from a wealthy family from all but a few management employees. Next season, the winger played for Southampton. In 2013, after a brief trial with Reading F.C., he signed with Arsenal.

In an extremely rare interview, Bolkiah stated: “Since I grew up in England, where football is the most popular sport, I have played football since a very young age.

I was always a sportsman who continued to play football. I have only ever known football.”

Additional Details About His Football Career

Faiq Bolkiah is a forward or attacking midfielder. He is well-known for his technical abilities and stands 5 feet 9 inches (175 cm) tall.

He played for Leicester City’s youth team until 2019. Then, on September 20, 2020, he signed a contract with the Portuguese Liga club Martimo, where he made only three appearances.

Since 2021, he has played for the Chonburi team in the Thai First Division. At his new club, he has demonstrated his true ability. He has appeared in 14 games in the Thai premier league.

Internationally, he was eligible to play for both Brunei and the United States. He was scouted by American youth teams, but he chose to play for Brunei. Bolkiah accomplished this feat at the U19, U23, and 2015 Southeast Asian Games levels.

He made his debut in the 2-1 victory, starting and playing the entire 90 minutes.

The midfielder played a role in Timor Leste’s 1-2 loss in one of its Asian Games matches. On October 15, 2016, he was scheduled to make his senior international debut against Timor-Leste in a 2016 AFF Championship qualification match.

Additionally, he has made six appearances for Brunei’s national team, scoring his lone goal against Laos in 2016. Previously, he served as captain of his national team.

The net worth of Faiq Bolkiah is USD 20 billion. According to Wikipedia, he is the wealthiest footballer in the world.

Even though his once-promising football career has taken a turn for the worse as a result of his immense wealth, he continues to amass wealth from football and endorsement deals.

While he does not spend vast sums of money on a daily basis like his father, he still enjoys luxurious automobiles, hotels, and even a pet tiger.

Bolkiah is also engaged in charitable endeavors. During the pandemic, as a member of the Bolkiah Charitable Foundation, he donated a substantial amount of money to the poor. According to Faiq, he intends to improve the lives of the disadvantaged in the future.