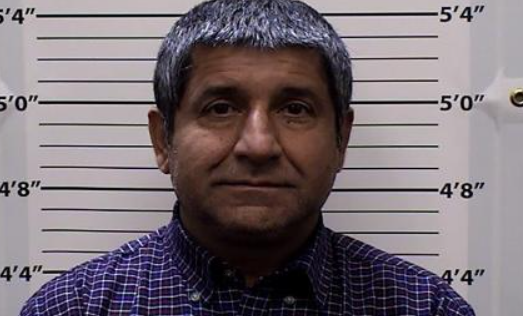 ALBUQUERQUE, NEW MEXICO: An individual has been taken into custody as the primary suspect in the slayings of at least two and possibly as many as four Muslim males in the city of Albuquerque.

It is thought that Muhammad Syed, 51 years old, was a Sunni Muslim who resided in the southeast area of Albuquerque. According to reports, the alleged serial killer fled to the United States from Afghanistan.

They continued by saying that “Detectives detained Syed and searched both his home and the vehicle.” “They found material that provided further proof that Syed was involved in the murders. The investigation led to the discovery of information that suggests the offender knew at least one of the victims, and that an interpersonal disagreement may have been the impetus for the shootings.” It has been reported that the police received almost 200 tips.

The Albuquerque Police Department stated in a recent post on their Facebook page that “On Monday, as detectives prepared to search Syed’s home in Southeast Albuquerque, Syed drove away from the residence in the Volkswagen Jetta that detectives believe was used in at least one of the murders. Syed is believed to have been driving while under the influence of at least one of the narcotics. Investigators grabbed Syed and checked both his residence and the vehicle he was driving. They found further evidence, which strengthened their conviction that Syed was responsible for the murders. The investigation led to the discovery of information that suggests the offender knew at least one of the victims, and that an interpersonal disagreement may have been the impetus for the shootings.”

Who precisely is this Muhammad Syed?

The court documents that were obtained by the Daily Mail indicated that Syed had been accused with domestic violence on two separate occasions; however, both times the charges were finally dismissed. In the month of May 2018, he was taken into custody and accused with “battery (household member)”. After he entered a not guilty plea in August of that same year, the allegations against him were ultimately dismissed. In December of 2018, Syed was once again charged with aggravated battery; however, the case against him was dropped in April of 2019. Maiwand, Syed’s kid, said that his father physically abused both him and his mother. According to the police report, the son’s head began bleeding after being beaten with a metal spoon.

Syed has now been charged with two of the homicides that took place in Albuquerque: the killing that took place on July 26 of Aftab Hussein, who was 41 years old, and the killing that took place on August 1 of Muhammad Afzaal Hussein, who was 27 years old. Both of the men had made the journey to the United States from their native Pakistan. The firearm that was used to shoot these two guys was located at Syed’s residence, according to the authorities. The identities of the two more victims, both of whom were born in Afghanistan, have been revealed to be Mohammad Zahir Ahmadi, age 62, and Naeem Hussain, age 25.

Ahmad Assed, who is the president of the largest mosque in the city, has verified that he was informed that an investigation is being conducted to see whether or not hatred of Shiite Muslims was a probable cause. Both schools of thought adhere to the same canonical text and pray to the same deity, despite their divergent interpretations of who should have succeeded the Prophet Muhammad based on their respective interpretations of Islamic history. Assed stated, “To endure something as heinous and horrifying as what we’ve experienced over the past two weeks is just mind-boggling.” “It’s almost as if we’ve been transported to another universe.”

Imtiaz Hussain, who is Afzaal Hussain’s brother, has stated that he does not believe in the hypothesis because his family is Sunni. Afzaal Hussain is his brother. “He adheres to the Sunni school of Islam. Not one of the Shiite Muslims, “Imtiaz, who before going to Albuquerque worked as a prosecutor in Pakistan, claimed. Therefore, I disagree with the widely disseminated belief that Muhammad Syed was responsible for the murder of my brother and others because his daughter married a member of the Shiite Muslim faith.

“My brother practised Islam as his religion. He never had any form of identification on him that indicated whether he was a Sunni or a Shiite, “He said that he did not think his brother was acquainted with the person under investigation. “He visited the Islamic Center only once every three to four months at the most. “I have never met the person who murdered my brother, nor do I believe that my brother knew him,” said the individual who committed the murder. He is 51 years old, and my brother is 30 years younger; given their ages, it is unlikely that they will have anything in common with one another “Additionally, he stated.

According to his brother-in-law Ehsan Shahalami, Naeem Hussein had recently become a citizen of the United States just the previous month. In the beginning of this year, he launched his own trucking company. Hussein’s former job was as a case manager for Lutheran Family Services, where he assisted Afghan refugees who had relocated to the United States after the United States military pulled out of Afghanistan. These refugees had fled their nation because of the presence of US troops in Afghanistan. He was slain by gunfire while sitting in his vehicle inside of a parking lot.

Mohammad Ahmadi was discovered dead in the parking lot of the café that he and his brother, Sharief A Hadi, co-owned. In the early 1980s, the brothers, both of whom were born in Afghanistan and who later co-owned and operated the Ariana Halal Market & Café, followed their father to the United States. They started off in Pennsylvania, but shortly after Hadi’s death, they relocated to New Mexico.

Aftab Hussein, the victim, had come to New Mexico in 2016, and at the time of the attack, he was working as a busser for a local café. He shared the cost of the apartment with two other people and rented it in the area close to the Mesa Verde Community Center. He recently became engaged to a woman in Pakistan, he disclosed to his roommates, who all live in Pakistan. According to statements made by his close friend Iftikhar Amirjan to The Albuquerque Journal, he had intended to get married in Pakistan. Since then, his terrified roommates have left the apartment.

Outside of his house, Muhammad Afzaal Hussain was gunned down and killed. Hussain was born in Pakistan, but he relocated to the United States in 2017 to attend the University of New Mexico to earn a master’s degree in community and regional planning. In the academic years 2019 and 2020, he presided over the Graduate and Professional Student Association in the role of president. After working on Representative Melanie Stansbury’s campaign for Congress, he found work as the director of planning and land use for the city of Espaola. Prior to that, he was employed by the city of Espaola.

Joe Biden, Vice President of the United States, had earlier resorted to Twitter to voice his outrage at the killings. “The senseless murders of four Muslim men in Albuquerque have both enraged and saddened me to my core. “While we wait for a comprehensive investigation, my condolences are with the families of the victims, and my Administration stands solidly with the Muslim community,” the president tweeted, adding that “these heinous attacks have no place in America.””