Who is Rope-Jumping Instructor Alexander Muznikas? Instructor Sentenced to prison for 4 years after woman falls to death 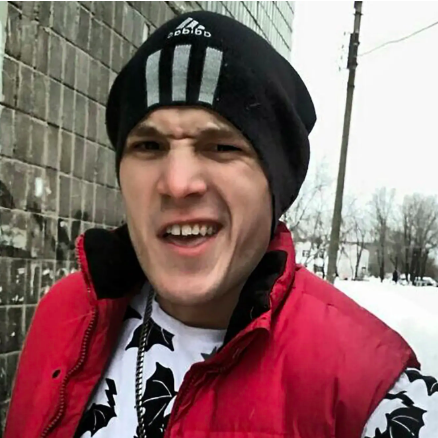 Alexander Muznikas, 33, a rope-jumping instructor, was sentenced to four years in prison on July 28, 2022. The incident occurred on October 10, 2021, at a rope-jumping facility in the Kazakh city of Karaganda, where Yevgenia Leontyeva died after falling 100 feet to her death in front of her terrified husband. Muznikas was the instructor at the time of the incident.

Muznikas, who was found guilty of providing activities that did not follow to safety requirements and resulting in a death due to carelessness, contested the assertions that the prosecution brought against him. The court found him guilty of the charges.

Tkachenko, who is Leontyeva’s spouse, expressed his dismay when he heard about what had happened. “I saw as my wife was slain right in front of me,” he stated. A video of the event captures him exclaiming, “I love you!” to his wife in Russian moments before her body hits the hard concrete. The footage was taken before her body impacted the hard sidewalk. The tape also includes the screams of those who were watching the event and were shocked by what they saw.

According to the prosecution, Leontyeva was apprehensive to leap from the balcony of the Constellation hotel despite the fact that she had completed a similar task in the past with success. An earlier hearing established that she did not sustain any injuries and that she had requested that her female companion take the initiative. However, witnesses reportedly reported hearing Leontyeva’s instructor Muznikas encourage her to take the plunge, despite the fact that Leontyeva seemed to be scared.

“You have jumped before, so this is not your first rodeo. You already have the necessary skills. Have I wasted my time by putting the safety harness on you? “Leontyeva’s story was overheard by a number of individuals from the instructor. The video then cuts to an appearance of Leontyeva, who can be seen leaping from a rooftop and then smashing through an iron fence before landing on the ground. Her rope was secured to a cross-line that served both to cushion her impact and to maintain her aloft above the earth. On the other hand, it may have shattered or hadn’t been secured properly.

In the footage, you can also see a guy falling down into the street at the same time as she does. It is said that he was holding onto the safety harness that was intended to be attached to a tree when the force of Leontyeva’s fall pushed him to the ground. The fall was about one hundred feet in height.

In addition to causing a serious skull fracture, brain damage, and other types of trauma, Leontyeva’s bones on the right side of her body were smashed as a result of the fall. She was taken by ambulance to a medical institution, but despite the staff’s best efforts, she was pronounced dead upon arrival.

Outside of the courtroom, Tkachenko stated that the staff administering the rope-jumping site were to responsible for the’murder’ of his wife, and that they should be held accountable for their actions. “They did not operate in a coordinated manner at all. The teacher did not check to see whether the rope was secured to the ground before moving on. Simply put, he instructed her to “Jump!” I hope that this never happens to anybody else. He is responsible, “the widower said. Tkachenko is now responsible for the upbringing of three young boys by himself. The boys are aged 8, 11, and 12, and one of them was adopted by the family after the demise of a relative.