Apna NewzLeading The Youth Towards Future
HomeNewsWho Is School Imposter Brian MacKinnon? How Old Is He Now? Family...
News

Who Is School Imposter Brian MacKinnon? How Old Is He Now? Family Details 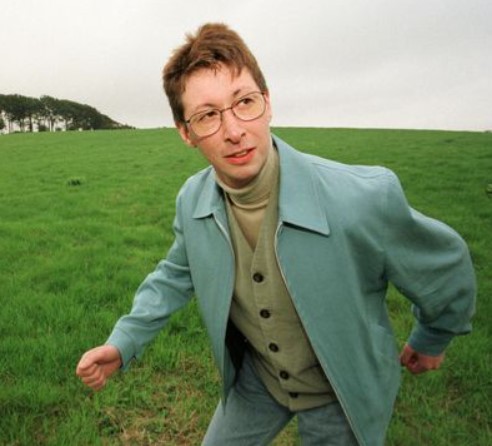 Brian MacKinnon is the adult male who successfully posed as the teenaged Brandon Lee, claiming to be 17 years old from Canada and enrolled as a fifth-year student at Bearsden Academy. Lee’s true identity was actually that of Brian MacKinnon, who posed as Brandon Lee.

During the 1993–1994 school year, Brian was able to persuade his fellow students and teachers at his high school in Scotland that he was just a typical regular student for the entirety of that school year. As a consequence of this, he was successful in attaining five grades of A higher and a position to study medicine at the University of Dundee prior to the revelation of his double existence.

This year, in January, Jono McLeod released a documentary that tells the narrative of MacKinnon’s ardent wish to one day become a medical practitioner. McLeod directed the film. The movie “My Old School” depicts how Brian lies to his professors and the other students from his previous school.

The School Imposter Brian MacKinnon – How Old Is He Now?

Born in Scotland on June 4, 1963, Brian MacKinnon is most known for passing himself off as a younger version of Brandon Lee so that he could enroll in medical school under a false identity. He attempted to study medicine at the University of Glasgow, but he was ultimately dismissed from the program due to his poor academic performance.

MacKinnon attended Bearsden Academy as a student from 1974 until 1980, earning grades that qualified him to continue his education at the university level in the field of medicine. However, he was unable to perform well on the tests due to his condition, therefore in 1983 he decided to withdraw from the class.

He retook his Highers examinations under the guise of a Canadian teenager named Brandon Lee, who was an orphan and lived with his grandmother. He did this to get around his previous academic records and give himself a second opportunity to become a doctor.

Where Is Brian MacKinnon Today?

Since his lie made headlines all around the world in 1995, Brian has become a recluse and is only occasionally seen or heard speaking in public. It has been reported in the Daily Mail UK that McKinnon lives alone in a flat in Glasgow that only has one bedroom.

According to the same article, MacKinnon, who is 58 years old, does not have a job and lives a solitary existence, yet he has remained in close proximity to Bearsden. The grocery store and the public library are two places that he visits on occasion.

A few years ago, he was employed at a local industrial park, but he left his position after being beaten by a group of men working there. In 1997, he penned and released an online version of his autobiography, and he has plans to release an updated edition in the future year.

Details Regarding the Family of Brian MacKinnon

In 1963, Brian was delivered into the world by his parents of Scottish descent. During his senior year of high school, he continued to reside at the family home in Glasgow. However, at this time, neither the name nor the identities of his parents are being revealed to anyone.

According to the claims, he resided at his mother’s house in Glasgow at the time that he was pretending to be the younger version of Brandon Lee in order to enroll in medical school again. His autobiography, titled Rhesus Negative, has a great deal of information regarding him as well as his family.