Apna NewzLeading The Youth Towards Future
HomeNewsWho is She? A 19-year-old Woman Is Left Paralyzed Knee Down After...
News

Who is She? A 19-year-old Woman Is Left Paralyzed Knee Down After Being Thrown 15 Feet by BISON 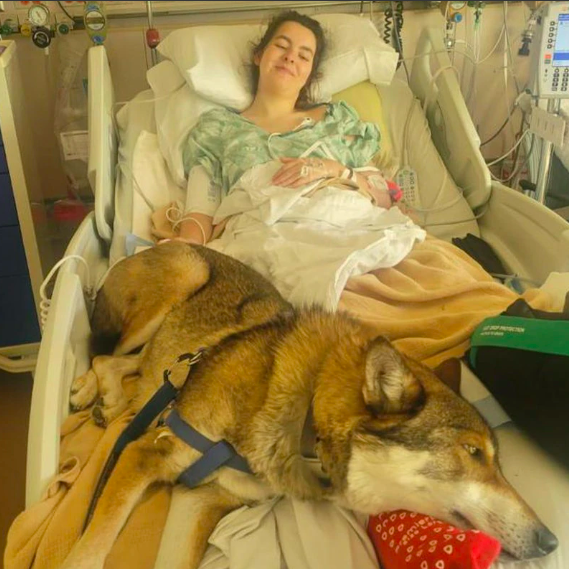 On June 16, a lady was out hiking in Custer State Park in South Dakota when she was assaulted by a bison and flung 15 feet into the air after the animal threw her off the route.

When Amelia “Mia” Dean, 19, her friend, along with her friend’s dog, were on day two of a month-long road trip across the nation, they came across a bison. Amelia’s friend was driving.

Matthew Dean, Amelia’s father, said that his daughter and her companions “came over a hill and noticed down in the dip, quite a bit ahead of them, a large, male bison.” This information was provided to an ABC and Fox affiliate news station in Dakota News Now. After nearly two hours of trekking, Mia and her buddy reached the point where they had no more supplies and debated whether or not to turn back. In the end, however, they opted against doing so.

“I was pretty dehydrated, it was incredibly sunny, and we’d both given our water to the dog like an hour earlier,” Amelia, who is from the United Kingdom, said to the publication. “It was really hot.” Amelia and her companion were attempting to navigate their way around the bison when all of a sudden it glanced up. In an interview with Dakota News Now, her mother, Jacqueline Dean, said, “Even though they were farther than 100 yards away, the bison charged down the hill at her. It came straight up to her and stopped in front of her, and then it seemed as if they had some eye contact for a few seconds at that time.”

After Amelia had been in the hospital for seven weeks, she reflected on how near she and the bison had been to one another, stating, “I could have placed my palm out on his forehead without really extending it out totally fine.” Amelia is now in stable condition.

Amelia was then assaulted by the bison, and one of the animal’s horns went all the way through her leg. She went on to describe the sensation of being so close to death by saying, “I was aware of the pressure that was being applied to my hip. My hip was pulled back, and I recall the feeling of soaring through the air and tumbling head over heels at the same time.” Before phoning for assistance, her buddy was successful in luring the bison away from the area. Amelia was checked into the medical facility in Rapid City. Her parents have started a GoFundMe page in order to raise money for her medical care. They divulged the information that Amelia had suffered from a “totally severed femoral artery.”

The family has said that her continued survival is nothing short of a miracle.

Her family said on the website for the campaign, “After the severed artery, our daughter should have passed away anywhere from two to eight minutes later, but the ambulance didn’t come for twenty minutes, therefore we consider ourselves very lucky that she is still living. It can only be described as a miracle that she is still alive today.”

Amelia is paralyzed from the knee down in one of her legs as a result of the damage that the horn of the bison did to her tibial nerve as well as her peroneal nerve. The femoral artery was not the only nerve that was damaged. On her GoFundMe website, Amelia discusses her passion for dance as well as her intention to attend Edinburgh University in the next academic year. Her parents said in a letter, “We have no clue why this occurred to our beautiful child. We only hope for her to be able to walk and dance again and enjoy her life to the fullest, without suffering from severe long-term pain.”

Share
Facebook
Twitter
Pinterest
WhatsApp
Previous articleWho is American Rapper Khia? Beyonce’s Renaissance Album Slammed As Devil Worship By Rapper of ‘My Neck, My Back’
Next articleHow does life support work in the case of brain dead patients?