Apna NewzLeading The Youth Towards Future
HomeNewsWho Is She? Secrets About The Sandman Actress
News

Who Is She? Secrets About The Sandman Actress 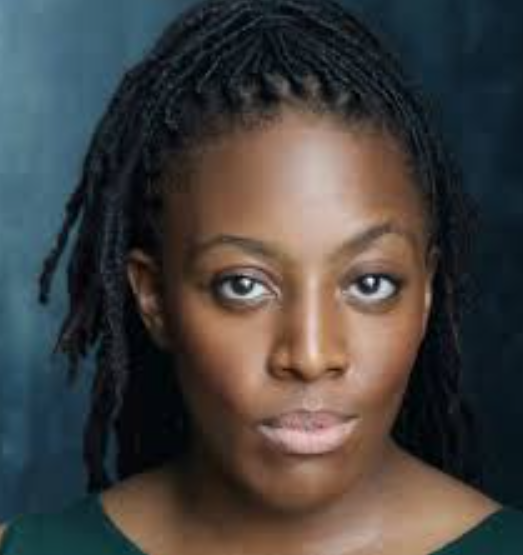 Sandra James-Young is a British actress who hails from London. She is best known for her role as Fiona Payne / P.O. Nicholls on the British television series EastEnders, which she played from 2005 until 2018. Her most recent work can be seen on the series The Sandman, which airs on Netflix, in which she plays the part of Unity Kincaid.

Sandra’s appearance in The Sadman, which has been eagerly anticipated by many, has piqued a lot of people’s interest, and she will have a wonderful opportunity to demonstrate her capabilities in front of a sizeable audience. If the show is as successful as many believe it will be, Sandra may become a well-known figure in a relatively short amount of time.

The stage work the English actress did at the beginning of her career helped pave the way for her to break into the entertainment industry. In addition to her 30 acting credits on screen, Sandra has also had a significant amount of experience performing on stage, where she has had remarkable success. Let’s take a closer look at the actress Sandra, and uncover some little-known facts about her in this article.

Who exactly is this Sandra James-Young person?

Sandra James-Young is a well-known actress who hails from the city of London. In order to pursue a career in acting, she has a contract with the Narrow Road acting agency.

Early childhood is often the starting point for those who have their sights set on a career in acting. Despite the fact that we were unable to uncover the specific events that led Sandra to develop a passion for acting, it is abundantly clear that she was always destined to work in the entertainment industry.

In spite of the fact that we do not know where Sandra began her career as an actress, we are aware of the fact that she has put a lot of effort into developing her craft. She received a bachelor’s degree in creative arts from The Manchester Metropolitan University in 1983, where she had previously studied acting. Her degree came with honors. Her first appearance in front of the camera was in the film Captives, which was released in 1994.

Other television appearances for which the actress has been credited include “Unforgotten,” “Coronation Street,” “Tripping Over,” “National Theatre Live: Small Island,” “His Dark Materials,” “In Deep,” and “Trial & Retribution.” She has performed in a large number of stage productions and has about thirty acting credits to her name. She has appeared in a number of theatrical productions, some examples of which include Cinderella: The Real True Story, A Midsummer Night’s Dream, and The Adventures of Robin Hood.

Sandra is someone who prefers to keep to herself. She does not participate in a lot of interviews and is not very active on social media.

Interviews have always been one of the most socially acceptable ways for actors to discuss what they’re working on in the entertainment industry. It appears that Sandra has not conducted very many interviews over the course of her career, which is disappointing for the people who follow her public life. It’s possible that it has something to do with the fact that she places a high value on maintaining her privacy.

Throughout her entire career, Sandra has maintained a reputation for being an extremely private person. Given all of this, it shouldn’t come as much of a surprise that she has decided to put in a lot of work to establish herself as a presence on the internet. It would appear that she does not have any active social media accounts at this time. In addition, there is no evidence to support her intention to use social media. This is a significant limitation.

Life and Family for Sandra James Young After She Got Married

From what I can tell from looking at Sandra’s picture, she appears to be of an age where getting married, having children, or even having grandchildren is the norm. The fact that she graduated with her bachelor’s degree in 1983 leads one to believe that she was born in the early 1960s at the latest. Therefore, it’s possible that she’s already in her sixties at this point.

However, because Sandra prefers to keep her life private, we are unable to discover the identity of her family members. Only her professional accomplishments and nothing about her personal life are known to us. Sandra has done a significant amount of voice work in addition to her acting career. She has been a guest on a number of radio programs, and she has also narrated books for Audible.com. She has narrated a number of novels, including Blonde Roots and Hand Me Down World, among other works.

In addition to acting and storytelling, it seems that Sandra enjoys engaging her creative side in a variety of other ways. On her LinkedIn profile, she lists her current occupation as that of a volunteer salsa instructor.

Share
Facebook
Twitter
Pinterest
WhatsApp
Previous articleWho Are the Parents of the Hanson Brothers? Walker Hanson And Diana Hanson In The Year 2022, Isaac, Taylor, And Zac Are Brothers. How Rich Are They?
Next articleMr Beast Crohn’s Disease Caused Death Hoax, Your Favorite YouTuber Is Still Alive And Well