Apna NewzLeading The Youth Towards Future
HomeNewsWho is She? The second episode of Secret Celebrity Renovation features Debbie...
News

Who is She? The second episode of Secret Celebrity Renovation features Debbie Gibson and her BFF transforming their ranch-style home 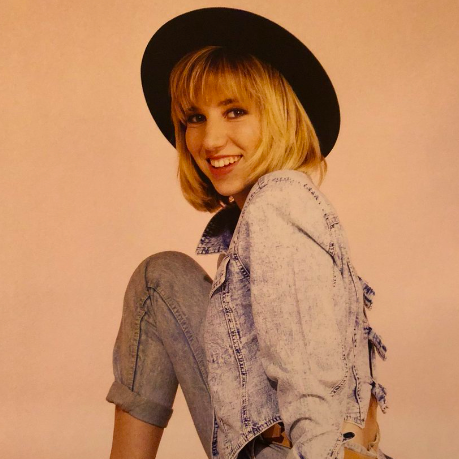 On the upcoming episode of Secret Celebrity Renovation, which will air on CBS on Friday, August 5, 2022 at 8 pm Eastern Time / Pacific Time (ET/PT), musician Debbie Gibson is planning to shock her best friend and fellow musician Heather Moore with a ranch-style home makeover.

Debbie Gibson’s longtime friend and manager, Heather Moore, is also one of her childhood friends. Over the course of their friendship that spans over two decades, the two have been there for each other through good times and bad.

Gibson is currently working on the renovation of a friend’s house with the assistance of Survivor legend “Boston” Rob Mariano as the home improvement contractor and interior designer Sabrina Soto. The show is called Secret Celebrity Renovation.

The upcoming episode of Secret Celebrity Renovation will feature singer Debbie Gibson going all out to renovate the home of her best friend of 25 years, Heather Moore. Gibson has been friends with Moore for the past 25 years. The following is what the episode description says:

“Pop icon Debbie Gibson, who has sold multiple platinum records, is returning to her hometown of Long Island, New York, to surprise her lifelong friend and manager, Heather Moore, with a ranch-style home renovation. The time that Debbie spends on Long Island turns into an emotional journey for her as she revisits many of the people and places from her childhood that were influential in the development of the person that Debbie is today.

New York-based Heather Moore is the person behind the establishment of DG2 Artist Management. Prior to that, she was an associate manager at GMI Entertainment / Gibson Productions from 1995 until 2003.

After that, she spent ten years at The Learning Annex in the position of Vice President of Marketing before launching her own company in January 2012, where she is responsible for “managing people, projects, and expectations.” According to what is written on her LinkedIn profile, “not necessarily in that order.”

After Gibson’s mother “entrusted her with the reigns,” the two of them started hanging out together as friends. Moore has been Gibson’s rock throughout their friendship and throughout their time together. While also fulfilling the roles of “wife, mother, daughter, and friend,” she has “been sister, therapist, business leader, and creative partner” in her life.

Gibson says that Moore has been by her side even through the most difficult times in her life, which is why she refers to her best friend as her “spiritual family.”

As Gibson surprises her long-time friend with a renovation on this week’s episode of Secret Celebrity Renovation, viewers can once again expect their emotions to run high. In the video clip that serves as a preview, Gibson is overjoyed as she hammers down the kitchen counter in her friend’s house in order to make more space and give the house a new layout.

Moore is at a loss for words after watching the renovation with her family, and she comforts her friend by hugging her.

In the upcoming episode, the 51-year-old Electric Youth artist, Nischelle Turner, will accompany her as she travels to Long Island to visit the house where she spent her childhood. “We called the current owners to see if we could stop by,” the two said about their actions.

Gibson recalls the house’s previous incarnation as he moves through the various areas and rooms of the property. When she went back to her old bedroom, she was filled with joy and said:

“This is completely insane. On the weekends, there were always children blaring my music from their car stereos and honking their horns, all while shouting “we love you Debbie Gibson” right out that window. I’d be, like, peering out.”

“Giving celebrities in sports, music, and entertainment the chance to gift a surprise home renovation to a meaningful person who helped guide them to success” is the premise of the series “Secret Celebrity Renovation,” which features home makeovers given as gifts.

Watch Gibson on CBS this coming Friday to find out how she shocks her good friend Moore on the show Secret Celebrity Renovation.

Share
Facebook
Twitter
Pinterest
WhatsApp
Previous articleWho Is The Prime Suspect? Where is He Today?
Next articleWho was He? A Veteran British Actor Has Died At The Age Of 81 And Has Been Remembered In Tributes