Apna NewzLeading The Youth Towards Future
HomeNewsWho is She? With the Help of US Officials, Woman prisoned with...
News

Who is She? With the Help of US Officials, Woman prisoned with Brittney Griner tried to evade arrest 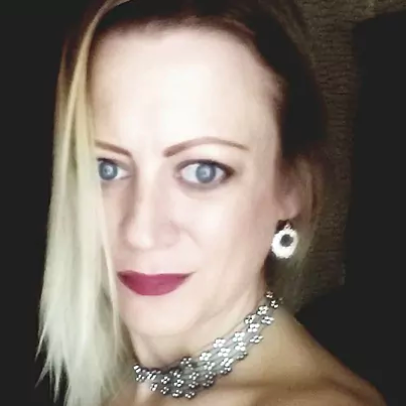 According to reports, Sarah, 46, the only other American woman arrested with Brittney was detained in connection with a domestic dispute case. She was given a repatriation loan from the United States government in the amount of $200.

Brittney Griner, a famous player in the WNBA, was caught earlier this year for possessing vape cartridges and is now facing a possible sentence of ten years in jail. Yekaterina Kalugina, a Russian human rights activist, travelled to a detention facility in the Moscow region on April 4 with the intention of speaking with Griner, but instead she met another American lady who is presently being held in Russian custody. The activist said to “People” that the WNBA player kept a level head during the incident, however the American school teacher Sarah Krivanek, who is 46 years old, seemed distressed. In the cell where Krivanek is being held, which is painted pink, there are also six other women. As a result of an argument that she had with her Russian boyfriend Mikhail Karavaev on November 11, 2021, she was taken into custody. According to a story published in “People,” Krivanek gave Kalugina a hug and told her, “I love you.” “How did I get myself into this predicament? It’s all false. I strive to be a decent person.”

The next day, November 11, Krivanek disclosed to Kalugina that her partner had been drinking and had struck her. She was attempting to protect herself, so she grabbed a kitchen knife and struck out at him, giving him “a bit more than a scratch.” She was successful in her attempt. According to stories that have been circulated by Russian media outlets, Krivanek was arrested and charged with “intention to inflict little bodily injury” and “threatening to murder or cause grievous bodily damage” after Karavaev phoned the police and reported the incident. However, the next day in court, Krivanek provided an explanation for her conduct, indicating that she was acting defensively. Her partner allegedly kicked and punched her, leaving bruises on her arms and legs as a result of their altercation. In addition to that, three of her fingers were shattered. On the day of her arrest, a medical professional verified that she did in fact have injuries.

After some time had passed, Karavaev withdrew his complaint and expressed regret for causing Krivanek any distress. In addition to that, he said that there was no malicious intent behind the damage done. “I never had the impression that someone was trying to take my life. Simply the fact that I was drinking vodka made her unhappy. It was I who was in the wrong. When the police came to question me at the station, I was still upset and inebriated, and on top of that, they informed me that she wouldn’t be prosecuted for anything “he said before the courtroom. After this, Krivanek was given the opportunity to post bail and was freed from custody with the stipulation that she would not leave Moscow and would behave appropriately. However, shortly after her release, Krivanek reached out to the United States Embassy for guidance. She was then advised to leave Russia as quickly as she could. Reportedly, the authorities alerted the US Embassy of her detention, but the officials there have refuted the assertion that they were told about it.

Anita Martinez, another acquaintance of Krivanek’s, said that the educator was in communication with the Embassy in an effort to make financial arrangements for her “escape from Russia.” Anita shared her observation that “she was attempting to do everything without his finding out.” The Russian visa that Krivanek had previously obtained had expired, but she was told that owing to the epidemic, visas would be automatically extended. On the 15th of December, an American ambassador accompanied her all the way to the airport. The official from the State Department said that it is not uncommon for diplomats to assist individuals in making their way back home. However, the official did not confirm the name of the diplomat who accompanied her to the airport.

Krivanek was in possession of a document that served as evidence that she had been granted a repatriation loan from the United States Government in the amount of $200 to defray her expenditures while travelling back to the United States. Unfortunately, she was unable to board the aircraft. Her passport was confiscated by the Russian authorities, and she was subsequently taken into custody for breaking the terms of her bail. When Krivanek was stopped by authorities, she was in the middle of a video conversation with a buddy.

“I watched as they carried her away. We continued our conversation despite the fact that she was getting ready to go. She was thrilled, but she said, “I don’t know, I’m scared,” to which I replied, “Why are you worried?” And she explained why that was the case by saying, “Because they stole my passport, and they haven’t handed it back to me.” It gives me chills to think that they may not let me leave.’ And then not much longer after that, they arrived and took her away, “said Anita.