Who is singer Ben Lapidus? AGT contestant receives mixed reactions from fans after his “parmesan cheese” 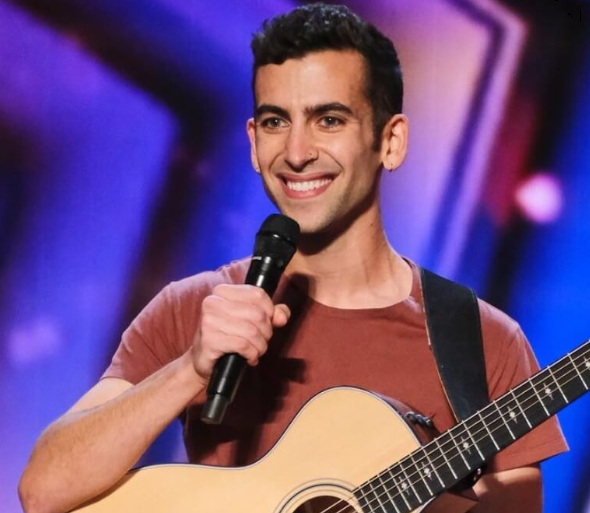 The first group of performers to compete in the quarterfinal round took place throughout the time limit of two hours. The quarterfinals will take place over the course of five weeks, with each week including 11 acts competing for a spot in the final round. Based on the votes cast by Americans, only two acts will advance to the final round.

Ben Lapidus returned to the stage and performed a rock cover of the Parmesan Cheese song, which caused complete mayhem among the panel of judges as well as the audience. Although the judges were once more taken aback by the song, audience members had a variety of responses to his performance. Some viewers gave him a rousing round of applause, but others criticised the show for allowing him to advance while other great competitors were eliminated.

The return of fan-favorite judges Simon Cowell, Sofia Vergara, Howie Mandel, and Heidi Klum to the judging panel provided the audience with numerous opportunities to be delighted by the judges’ eccentric personalities. They, together with the audience, selected 54 acts and a wild card contestant, comedian Jordon Conley, to go to the quarterfinals. From those, ten competitors will compete for the title in the final round.

Ben gave a performance of his song “Parmesan Cheese” during the audition round, and each of the judges for America’s Got Talent gave him an X buzzer thereafter. As a direct consequence of this, his time competing in the reality talent show would have come to an end. What occurred next, on the other hand, is considered to be a highlight in the annals of the franchise.

The moment the judges indicated that they disapproved of the contestant’s performance, the live audience began cheering for him and chanting “parmesan” as he was going to be eliminated from the competition. Ben was provided with a much-needed second chance as a result of this. As soon as the judges, with the exception of Howie, understood that the audience had developed a strong affinity for the competitor, they took away their X buzzers.

The complete studio version of the song can now be be streamed online, as its popularity has skyrocketed in recent months. The singles Grad School, Call Your Mom, and Never Mine to Lose are among of his most recent releases.

The performer spent their childhood in Doylestown, which is located in Pennsylvania. He shared with NBC that his upbringing in Pennsylvania inspired him to have a deeper appreciation for music.

“I spent my formative years in Pennsylvania entirely submerged in the pop-punk, emo, and hardcore-punk scenes. From a songwriting point of view, that was therefore my main source of income musically. Because of this, everything that I do that might be considered a parody of that comes from a place of such profound love and gratitude for this music, which has actually had a significant impact on my entire life.

The contestant on America’s Got Talent is also a sound designer for podcasts, and she hosts a time-traveling narrative comedy podcast with the catchy title Who Killed Avril Lavigne?

The performance that Ben turned in during the quarterfinal round was met with a variety of reactions from viewers back home. Some people thought that his performance was significantly better than that of some of the other acts on the show, while others didn’t think that his concept and delivery were particularly convincing.