Apna NewzLeading The Youth Towards Future
HomeNewsWho Is The Prime Suspect? Where is He Today?
News

Who Is The Prime Suspect? Where is He Today? 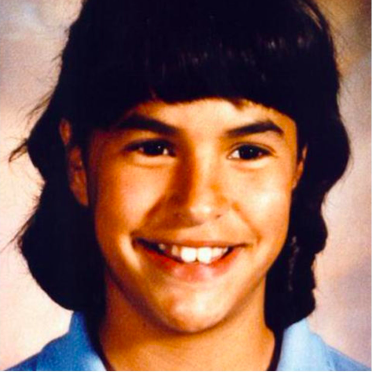 The most recent episode of 48 Hours on CBS focuses on the shocking disappearance and murder of a young girl named Jonelle Matthews, who was only 12 years old. The following is a brief synopsis of the episode that can be found on CBS News:

“A former candidate for governor is facing allegations that he abducted a girl who was 12 years old. Does the fact that he has been interested in the case for so many years imply that he is either a fan of true crime or a killer? Richard Schlesinger, a correspondent for 48 Hours, filed this report. A man named Steven Pankey was arrested in October 2020 for the kidnapping and murder of a 12-year-old girl named Jonelle Matthews. The remains of Jonelle Matthews were discovered almost 35 years later, in October 2020. Continue reading if you are interested in learning more about Steven Pankey.

Who is Steven Pankey? : Investigating the Murder of Jonelle Matthews on CBS’s 48 Hours

Back in 1984, when Jonelle Matthews went missing just a few days before Christmas, Steven Pankey lived in the neighbourhood where Jonelle’s family lived. According to CBS News, Pankey and his family moved to a number of different states in the years following Jonelle’s disappearance before settling down in Idaho. Eventually, they moved there permanently. It is said that prior to Pankey’s entry into politics in Idaho, he worked previously as a car salesman and as a security guard. Pankey moved to Idaho in 2010.

Pankey has had several run-ins with the law over the course of his lifetime. At one point, he was taken into custody for “causing a nuisance and harassment” at a financial institution. Pankey assisted the police with their investigation into the disappearance of Jonelle Matthews, a child of 12 years old, and was a participant in the investigation.

Pankey reportedly told CBS News that he had lost interest in the investigation after the authorities did not respond to his letters regarding the case. But things took a startlingly unexpected turn in July 2019, when Jonelle’s skeletal remains were found. After a month had passed, the authorities conducted a search warrant at Pankey’s residence and allegedly took his laptop, cell phones, and “a bunch of pictures,” according to an interview with KMTV.

After being indicted on charges of kidnapping and first-degree murder by a Weld County grand jury in October 2020, Steven Pankey was subsequently arrested on those same charges in the same month. He entered a plea of not guilty to the charges against him. Pankey’s attorney at the time, Anthony J. Viorst, argued that his client was not a murderer despite the fact that Pankey was someone who enjoyed the spotlight. He disclosed to 48 Hours

“Mr. Pankey enjoys basking in the spotlight. Simply put, he does it for no apparent reason.”

According to the indictment, his knowledge of a rake at Jonelle Matthews’ home that was used to remove footprints in the snow constitutes one of the most damning pieces of evidence against him. On the other hand, his attorney argued that he was informed by the authorities about the rake in question.

In the investigation into the disappearance of a young girl named Jonelle Matthews, a politician from Idaho named Steve Pankey became so invested in the investigation that he made himself a person of interest… cbsn.ws/3vXpz9j\s35\s3
When Pankey’s ex-wife took the stand and told the jury that he had forced her to listen to the news coverage of Jonelle Matthews’ disappearance on the radio and that she had found a piece of paper in the trash can that mentioned that the snow had been raked outside of Jonelle’s home, this was a significant turning point in the case. Pankey was found guilty of first-degree murder in Jonelle’s disappearance. During the course of the trial, Pankey admitted that he had lied about his familiarity with the investigation. According to him (as reported by CBS News),

“The bitter truth is that I have made up a lot of stuff in order to get back at you….
It was just me trying to act like a manly man in the situation, if that’s OK with you. I was completely unaware of it.”

After an investigation, it was determined that he had lied about his familiarity with the case. However, the jury could not reach a verdict on the charges of kidnapping and murder; consequently, the judge declared a mistrial to be necessary. He is reportedly being held in the Weld County jail, and the first day of his upcoming trial is scheduled to take place on October 4, 2022.