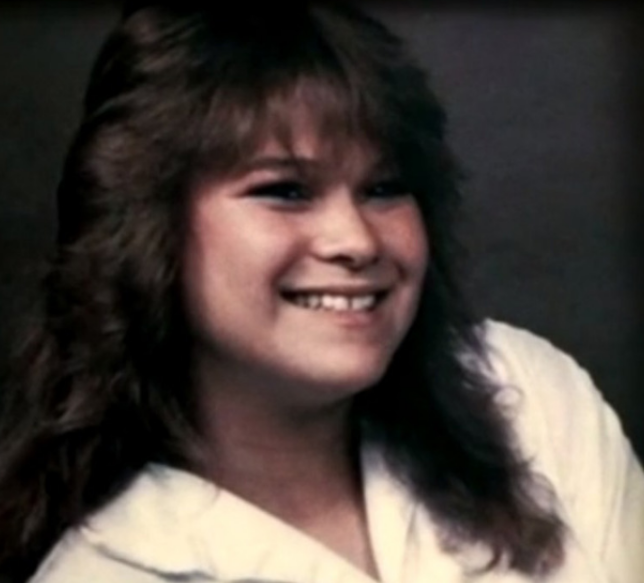 Since its 1978 debut, ABC’s ’20/20′ has chronicled one hard-hitting, heartbreaking true-crime story after another to shed light on the darker side of human nature. The first episode of season 45, fittingly titled “Last Seen in Lakeland” and focusing on the horribly tragic murder of Michelle Saum Schofield in 1987, is no exception. Now, if you wish to understand more about the same, with a focus on what transpired, the subsequent investigations, and the aftermath, we have the pertinent information for you.

Who was Michelle Schofield?

Michelle Schofield was an 18-year-old Florida woman from the town of Lakeland.

She worked at a local burger eatery named Tom’s Restaurant and was married to Leo Schofield.

On February 24, 1987, Michelle went mising and local authorities began a search for her whereabouts.

However, the day she vanished was the last time anyone would see the young woman alive.

Michelle Schofield, a native of Lakeland, Florida, left her job at a local burger business on February 24, 1987, at approximately 8:15 p.m., never to be seen again. Nearly 90 minutes later, she did phone her husband Leo, but they apparently merely caught up. Following this, he requested to be picked up from a friend’s house so they could have supper. He began his search just after midnight, contacting both of their parents, retracing her journey, and checking their trailer, but to no avail.

In a desperate attempt to locate Michelle, her loved one contacted the police, local hospitals, and printed leaflets in the hours that followed, but to no avail. According to court filings, a friend spotted her orange Mazda hatchback by the side of Interstate 4’s exit 44 on February 25, narrowing the search area for authorities and her family. It is crucial to note that the trunk of her vehicle was unlocked, the rear speakers were missing, and strands of hair were caught within the back panel, all of which raise the suspicion of foul activity.

On February 27, 1987, Michelle’s frozen, bloodied remains were discovered by her father-in-law, Leo Sr., following an exhaustive search of the area by investigators and volunteers. She was drowned beneath a piece of plywood in a canal near the intersection of State Road 33 and Interstate 44, approximately seven miles from the location where her vehicle was discovered. According to the autopsy, the 18-year-old died after being stabbed 26 times and losing five pints of blood; sadly, it was not a quick, painless, or simple death.

An autopsy report concluded that Michelle died after she was stabbed 26 times and lost five pints of blood.

On June 24, 1988, Leo Schofield was arrested for the murder of his late wife. At his trial, he disputed allegations from a number of witnesses and claimed that he was with Michelle’s father at the time the homicide was believed to have taken place.

However, 21 additional character witnesses spoke out about the tumultuous nature of the couple’s marriage.

Who Was Accused for the Murder of Michelle Schofield?

Due to the horrible nature of the crime, detectives immediately contacted Michelle’s loved ones to determine whether she had any problems, only to discover that her marriage was far from ideal. In reality, not only did they get allegations that the couple frequently engaged in violent fights, but witnesses also recounted Leo Schofield’s physical abuse and threats. Then, their neighbor Alice Scott testified that she heard and saw the Schofields arguing on that fateful evening before Leo left with a heavy object pushed into the trunk of his vehicle.

As if that weren’t enough, another witness report implicates Leo by stating that his mother’s automobile and his father’s truck were found together at the location where her body was discovered the morning after her abduction. Leo was arrested and charged with the first-degree murder of his wife Michelle on June 24, 1988, despite there being no physical evidence linking him to the crime — the prosecution was based solely on circumstantial evidence.

When Leo stood trial around one year later, Alice’s entire statement was called into question due to her history of mental health concerns and the implausibility of her timeline of the crime. This is due to the fact that Leo was with his wife’s father (who was already purportedly searching for her) about the time she said the violent, possibly physical altercation inside their trailer home occurred.

In spite of the fact that 21 credible witnesses testified to Leo’s violent outbursts and propensities, the jury reached a guilty decision in less than two hours. Leo was ultimately condemned to life in prison, but he maintained his innocence throughout his trial by assuring the court he had not murdered Michelle. “I’m telling you, you’re making a mistake. I can provide evidence,” he said.

Since then, all of Leo’s appeals have been refused, but in 2004, a fingerprint retrieved from Michelle’s automobile matched that of a previously unrelated Jeremy Lynn Scott. Jeremy is a convicted felon with a criminal record that includes seven convictions for armed robbery, arson, and violence, as well as an acquittal for murder when he was 15 years old. In addition, he is currently serving a life term for first-degree murder and armed robbery for killing a man in 1988 by hitting his skull with a bottle and then strangling him.

Though the most relevant detail is that Jeremy allegedly admitted to being the murderer of Michelle as well — he saw her using the phone at a gas station (she was speaking to Leo) and asked for a ride. After she accepted, Jeremy allegedly stated in 2016 that he directed her to a lake, where he fatally killed her with a hunting knife while high on prescription medications. However, he lacked credibility because he refused to sign an official statement, speak to a detective, and then recanted his confession. Leo remains condemned for the murder of his wife.

What happened to Jeremy Scott?

Jeremy Scott is still serving his life sentence in Florida State Prison in Raiford, Florida. Scott’s fingerprints were found in Michelle’s car, so Schofield’s lawyers asked for a new trial. The request was denied because, as ABC News reported, “the court found that Scott’s fingerprints alone would not likely have led to an acquittal on retrial and ruled that there were no problems with the trial evidence that would have led to Leo’s exoneration.”

In 2016, Schofield’s lawyer, Andrew Crawford, talked to Scott on the phone. During that call, Scott admitted to killing Michelle. The call wasn’t recorded, which is too bad. When state investigators looked into this, Scott said that for $1,000, he would say he killed anyone. After a year, Schofield’s lawyer hired a private detective to talk to Scott again. This time, it was caught on tape. Again, Scott said that he had killed Michelle.

Andrew Crawford got in touch with the Florida Innocence Project. The group pushed for a new trial, but instead got a hearing to look at the evidence. Scott testified and kept changing his mind about whether or not to kill Michelle. “They thought he had changed his mind,” Schofield’s wife said. In the end, the retrial was turned down. Now, a podcast wants to help Schofield feel better.

The podcast “Bone Valley” is trying to clear Schofield’s name

On September 21, 2022, the Bone Valley podcast came out on the Lava for Good platform, which had won awards for its other projects. The goal of the podcast, which is hosted by Gilbert King, “author of the Pulitzer Prize-winning book Devil in the Grove, which helped free four innocent men from prison,” is to hopefully get Schofield out of jail. Scott said the following when he was interviewed for the podcast: “Leo is not guilty. Nothing was done by that guy. He’s not guilty.”

Hopefully, the law will also see that this is true. Adnan Syed just got out of prison after being there for more than 20 years for killing Hae Min Lee in 1999. Most people agree that the Undisclosed Podcast was one of the most important things that led to his release. Bone Valley might be able to do the same thing for Leo Schofield.