Apna NewzLeading The Youth Towards Future
HomeNewsWho Misjudged Them? What did they do to their parents?
News

Who Misjudged Them? What did they do to their parents? 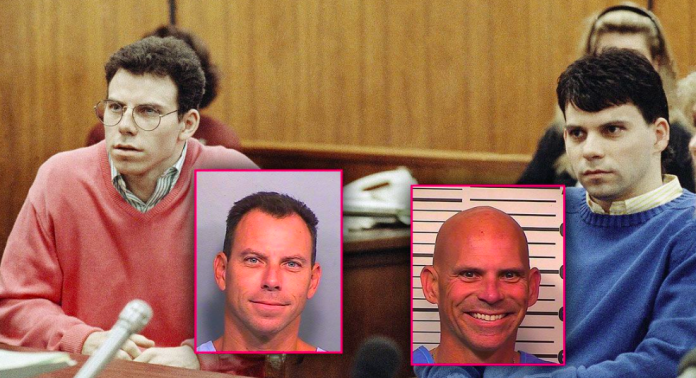 Menendez Brothers: Misjudged?, a special documentary produced by ID, will revisit the infamous courtroom trial of Lyle and Erik Menendez in the 1990s after the Menendez brothers admitted in court that they were responsible for the deaths of their parents. Investigation Discovery and Discovery+ will air the exclusive report this upcoming Sunday, August 7, 2022, at 9:00 pm Eastern Time (ET).

According to the official synopsis, the film will:

“During the dramatic trial of the Menendez Brothers, which took place thirty years ago, the entire country watched every moment of it live on Court TV. TikTok and other forms of social media have enabled an entirely new generation to become acquainted with the band’s backstory for the very first time. The 911 call, the photos from the crime scene, and the Rolexes are all details that have been etched into our collective memory as a result of the murder.”

“The media narrative that two Beverly Hill boys killed their parents out of greed and then allegedly concocted a fantastic account to get out of it continues to be a source of amusement for people all over the country. But now, three decades later, as Generation Z learns about the case, they see the story of two boys who suffered horrific abuse at the hands of their mother, father, and the media. This is a story that has resonated with them. Did we get it all wrong?”

As one of the most high-profile and prominent cases of the 1990s, the special documentary will take a fresh look at the case from a completely different angle than those that are already existing. This will be done in order to provide a new perspective on the case. According to the synopsis, the documentary titled Menendez Brothers: Misjudged? will most likely revisit the case, portraying Erik and Lyle as victims of abuse, and re-examining the captivating spectacle of a trial that had the nation on edge for many years.

Continue reading to find out more about the case and the reasons why the Menendez brothers did what they did in 1989 nearly three decades ago.

Why did the Menendez brothers kill their parents, Jose and Kitty Menendez?

On August 20, 1989, the two boys sneaked up on their parents as they were sitting on the couch watching television in the family’s Beverly Hills mansion. Using the shotguns that they had previously purchased, the boys ambushed their parents and fired 15 rounds at them using the shotguns. Lyle (21) was the one who proved to have superior shooting skills: he fatally struck Kitty in the face while also shooting Jose in the back of the head. Erik (18) claimed to have been the one who fired the first shot, but Lyle (21) proved to be the one with superior shooting skills.

The older brother was the one who made the call to 911 and told the dispatcher about the discovery that was made when they returned home from the theater, which was a lie that was told in a very convenient manner. During his conversation with the police, he sounded hysterical and told them,

“Our parents were murdered by someone!”

After that, the Menendez brothers squandered the wealth of their family on extravagant activities such as traveling, throwing parties, and buying expensive goods—activities and goods that their parents normally wouldn’t have let them partake in.

During the combined trial that took place in 1993, which had everyone in the country riveted until it ended in a mistrial, Erik and Lyle made allegations that they had suffered severe physical and emotional abuse at the hands of both of their parents, including s*xual misconduct on the part of their father. However, the prosecution claimed that the killings were carried out for the purpose of gaining financial gain, despite the fact that there was plenty of physical proof and family members who supported their assertions.

Due to the fact that the jury was unable to come to a unanimous decision, both of the Menendez brothers were required to endure their own individual trials. In both of these proceedings, they were found to be guilty of the charges against them, and in 1996, they were each sentenced to life in prison in a different facility.

Erik, who is now 51 years old, discussed the physical and emotional abuse that they were subjected to and how it ultimately drove them to murder their birth-givers. He said,

“I have taken the lives of the two people who meant the most to me. I loved my dad. Listen, how much resentment can you have for another person after you’ve actually killed them? I had so much love for my parents. And that is the true confinement I am under. I am looking forward to passing away.”

He continued his explanation by saying,

Lyle, now 53 years old, is said to have discussed the crime he committed more than three decades ago in an interview in 2017. He said:

“It doesn’t matter how many tears I cry or how much I regret what I did; the fact remains that I was the kid who was responsible for killing his parents. That is fine with me. You are frequently defined by a handful of experiences from your life, but that is not who you are overall, you are aware of this. Your life encompasses the entirety of who you are.”

As was discussed earlier, the broadcast of Menendez Brothers: Misjudged? will take place on ID on the evening of Sunday, August 7, 2022, at 9 pm Eastern Time. Listen in to find out more about the scandal that rocked the affluent community of Beverly Hills in the 1990s.