Apna NewzLeading The Youth Towards Future
HomeNewsWho was Ernesto Mendez? A Journalist Was One Of The Four People...
News

Who was Ernesto Mendez? A Journalist Was One Of The Four People Shot And Killed Outside A Mexican Bar 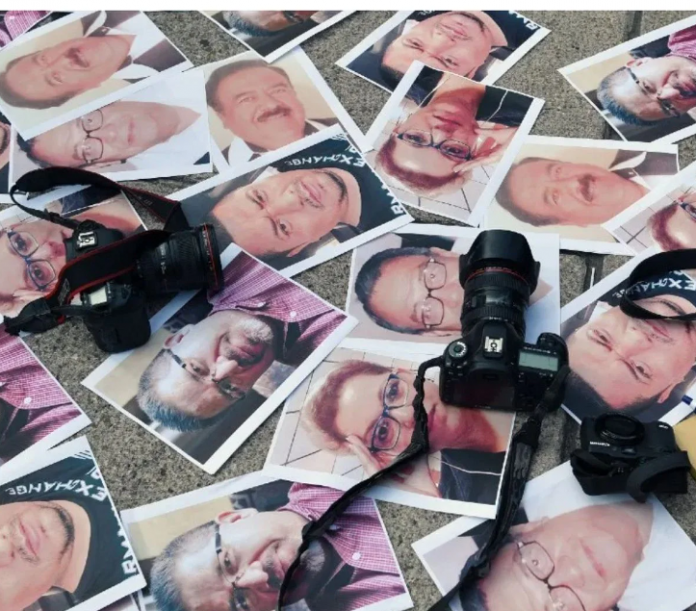 Ernesto Mendez, a Mexican journalist, was among three individuals killed in a bar shooting in Guanajuato, Mexico, on August 2. The murder of Mendez, one of 13 Mexican journalists killed this year, has aroused outrage.

He was employed at the pub that belonged to his family, according to reports. Tu Voz, a local news organization that had previously received death threats for its strong reporting on corruption and drug cartel activity, was also run by him.

When the attack occurred, Barron’s reported that Mendez and his family were at a bar partying. While the names of the fatalities have not been revealed, it is widely believed that one of them was the proprietor of the bar.

Ernesto Mendez, As Far As We Know

It wasn’t just Ernesto Mendez’s journalism that made him a household name in the town; he also served as a spokesman of local businesses, organizing fairs and festivals.

Luis Sanchez, the town’s mayor, stated that the motive for the attack on Mendez was still unclear. Mendez had previously received death threats for his work, according to the Zona Franca, a media outfit he was linked with.

Article 19, a human rights organization, confirmed this, saying that Mendez’s combative journalistic approach made him a target for attacks.

A well-trained commando, according to Article 19, is believed to be responsible for the murder, which raises the specter of a well-coordinated criminal organization in the statement.

As defenders of press freedom, we are all stained by the murders of journalists and civil society activists in Mexico.

We must hold those responsible accountable and take steps to defend Mexican society’s most vulnerable citizens.

“An armed commando stormed into a tavern owned by the Mendez family and committed the crime.”
Guanajato State Governor Diego Rodriguez issued a message on Twitter in response to the death of Mendez:

Sadly, Ernesto Mendez and two other persons lost their lives in a crime that we strongly condemn.
Besides that, the governor also mentioned another possible motive for the murder. Ernesto Mendez’s bar may have been the victim of extortion or a business-related quarrel, according to him. He also speculated that Mendez’s involvement in local state fairs, where gambling and money laundering are common, may have been a factor in the death.

There is a lot of interest in municipal fairs, which include cockfights and palenques, and “things that will get complicated later,” according to the narrator.
The inquiry into the shooting is now in progress. ” The suspects have not been recognized, and the motive for their actions is still a mystery, according to the authorities.

Share
Facebook
Twitter
Pinterest
WhatsApp
Previous articleAn Amid the New York Yankees’ Contractual Deadlock Harrison Bader’s Net Worth and Salary are More than $3 Million
Next articlePete Hegseth Isn’t On The Show Today, Where Is He and Why? Information About The Host