Apna NewzLeading The Youth Towards Future
HomeNewsWho was He? A Veteran British Actor Has Died At The Age...
News

Who was He? A Veteran British Actor Has Died At The Age Of 81 And Has Been Remembered In Tributes 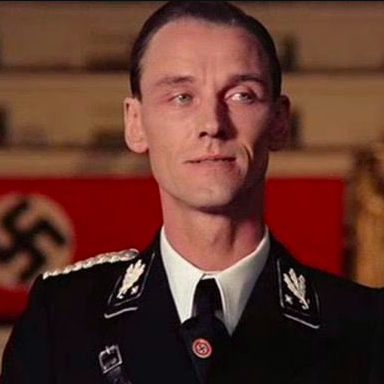 On July 31, the 81-year-old actor John Steiner, who was from the United Kingdom, passed away. After being involved in a car accident with another vehicle, which involved two cars, he was taken to the Desert Regional Medical Center in Palm Springs for treatment.

According to the findings of the sheriff’s department, there was another individual who sustained severe injuries. The incident is being looked into right now, and the real person or people responsible for what happened has not been identified at this time.

Soon, information that is specific regarding Steiner’s funeral will be made public.

Everything known about John Steiner

Steiner pursued a career in the performing arts by attending the Royal Academy of Dramatic Art and working for the Royal Shakespeare Company. In the Broadway production of “The Persecution and Assassination of Jean-Paul Marat as Performed by the Inmates of the Asylum of Charenton Under the Direction of the Marquis de Sade,” he co-starred with Ian Richardson.

In the beginning of his career, John worked on movies like “Marat/Sade” and “Bedazzled.” Tepepa, an Italian Spaghetti Western film released in 1969, featured him in a significant role. The film was helmed by Giulio Petroni, and the leading roles were played by Tomas Millan, Orson Welles, Jose Torres, and Luciano Casamonica respectively. His roles in horror movies such as Shock, Tenebrae, and Body Count brought him widespread acclaim as an actor.

After that, he made appearances on television shows such as Hine in 1971, and the following year, he played the leading role of Leo in the television adaptation of the comedy play Design for Living. The actor achieved a great deal of success in Italy and went on to star in a number of films produced there. These included films such as Deported Women of the SS Special Section, Violent Rome, Mannaja, The Last Hunter, and a number of others.

Steiner ended up becoming Tinto Brass’s go-to actor, and the two of them worked together on a number of films, including Salon Kitty, Caligula, Action, and Paprika. The film Salon Kitty, which came out in 1976 and was based on the true story of the Salon Kitty Operation, depicted those events. Tinto regarded the 1980 black comedy film Action as a cult classic after its initial theatrical release. The John Cleland novel Fanny Hill served as the inspiration for the 1991 film Paprika, which was released in February of that year.

Up until the 1980s, John had roles in a number of films. In spite of this, the popularity of Italian films quickly declined, and in 1991 he was forced to call it quits as an actor. After that, he relocated to California and started working as a real estate agent alongside his current partner, Joan Yarfitz. In a few of the DVD’s additional features, he discussed his work in Italian films.

Because of his brilliant performance as an actor, John Steiner quickly became a well-known name in the entertainment industry. When news of his passing spread, people took to Twitter in droves to pay their respects.

People remembered Steiner for the many roles he had played in his career. Moreover, many of them mentioned that he “added a touch of class” to each and every role that he had played before. It was obvious that the famous actor had a large number of fans.

There is still a lack of information regarding John Steiner’s private life that has been made public.

Share
Facebook
Twitter
Pinterest
WhatsApp
Previous articleWho is She? The second episode of Secret Celebrity Renovation features Debbie Gibson and her BFF transforming their ranch-style home
Next articleWho is He? A man who gouged out the eyes of his girlfriend for the FIFTH time is denied parole