Apna NewzLeading The Youth Towards Future
HomeNewsWho Was Missing Person Eliza Fletcher? She Was Abducted While Jogging- $50,000...
News

Who Was Missing Person Eliza Fletcher? She Was Abducted While Jogging- $50,000 Reward Offered to Find Her 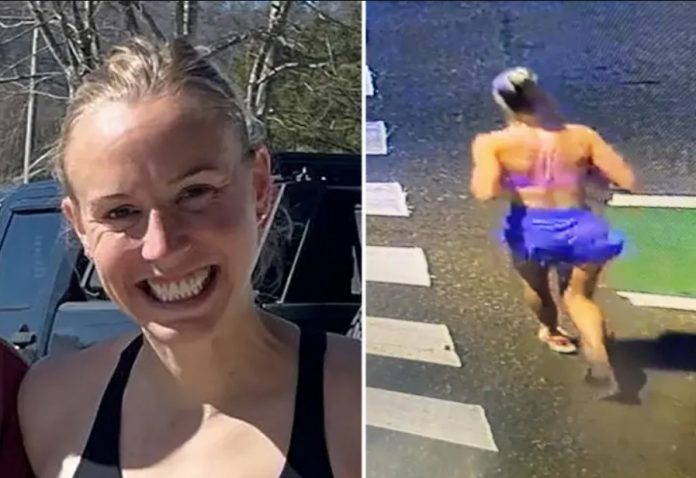 Memphis, Tennessee- Eliza Fletcher, a 34-year-old educator, was last seen early on Friday morning jogging in the vicinity of the University of Memphis when she vanished without a trace. Eliza Fletcher has been missing since the Memphis Police Department disclosed that she may have been kidnapped, and a reward of $50,000 has been offered for information leading to her safe return.

According to the Memphis Police Department, Eliza was last seen on Friday morning around 4:20 a.m. close to the University of Memphis on Central Avenue and Zach Curlin Street. She was coerced into entering a GMS Terrain (SUV) of a dark color by an individual who remained anonymous, who then drove off with her.

The suspect is thought to have fled the scene of the crime by traveling west on Central Avenue, according to the police. Personal items belonging to Eliza Fletcher have been discovered in the vicinity. Despite this, she has not yet returned to her residence.

Eliza Fletcher, 34, who lived in the 1500 block of Carr in Midtown was kidnapped by an unknown man while she was jogging at the intersection of Central Avenue and Zach Curlin. It is said that he coerced Eliza into a vehicle of a dark color before fleeing the scene.

On the morning of September 2, 2022, police continue to gather in the area surrounding Zach Curlin and Central Avenue. It is likely that the kidnapping was captured on nearby surveillance cameras.

You don’t want to know that something like that is going on, do you? “We are looking for her,” said Fletcher’s friend Hart Robinson, who is also looking for her.

Have you seen this woman or vehicle?

Eliza Fletcher was abducted this morning in midtown Memphis while running.

She was forced into a vehicle. There is no known direction of travel.

“We have no idea what’s going on, but everyone and the local police are searching high and low for her right now. You can see that there is a lot of activity, and we are asking anyone who may have information or who may have witnessed anything early this morning to please come forward.

The search for Fletcher now involves multiple agencies, including the Federal Bureau of Investigation and the Tennessee Bureau of Investigation, among others. Over a dozen officials wearing gloves conducted a thorough search of the surrounding area as well as Eliza’s house in order to gather pieces of evidence.

Anyone who has any information that could be relevant is urged to call 911 as soon as possible.

Who Is Eliza Fletcher?

Eliza Fletcher, who is 34 years old and works as a kindergarten and primary school teacher, resides in the Midtown area on the 1500 block of Carr. In addition to being a mother of two young boys, she is employed at St. Mary’s Episcopal School. In 2006, Eliza received her diploma from the Hutchinson School, from which she graduated.

Fletcher was a follower of the Presbyterian faith and attended the Second Presbyterian Church. The congregation announced on Facebook that the church’s sanctuary would remain open throughout the night for people to pray for the woman.

Eliza is a close relative of a federal judge and the granddaughter of a well-known philanthropist in her family’s lineage. She was out for a run in the wee hours of the morning when she was taken by an unknown person. She weighs 137 pounds, stands 5 feet and 6 inches tall, and has light brown or blonde hair. Her eyes are green. Prior to her disappearance, she had her hair pulled back into a bun and was sporting a pink jogging top along with purple running shorts.

After Eliza Fletcher didn’t come back from her jog as expected, her family contacted the authorities to report that she was possibly missing. Now, the family of Fletcher is offering a reward of $50,000 through CrimeStoppers for information that leads to the suspects being identified and apprehended by the police.

In a statement released on this past Friday, the family said, “We hope that this award will assist the police in capturing those who committed this crime and look forward to the day when Eliza is returned to us safely.”

Anyone who may have information is urged to contact 911 as soon as possible. You can also call the Tennessee Bureau of Investigation at 1-800-TBI-FIND or Crime Stoppers at 901-528-CASH. You can get in touch with the University of Memphis Police Department at 901-678-4357. (HELP).

According to Buddy Chapman, the executive director of CrimeStoppers, the award is going to be given to anyone who provides information that assists the police in making an arrest.

Eliza Fletcher should be remembered in your prayers. We are looking forward to her arrival home very soon. We will keep you informed of any new information regarding this matter as it becomes available.

Who exactly is Eliza Fletcher’s mother and father?

Eliza Fletcher was born in Memphis, Tennessee in 1987 to her parents Adele and Beasley Wellford, and her family has been a part of a hardware wholesale business; their annual income comes up to $3 billion, and it is a privately owned company that was started by her late grandfather and is described as the world’s largest independent hardlines distributor. Eliza Fletcher was named after her maternal grandmother, Eliza Fletcher, and her paternal grandfather, Beasley Wellford, who both passed away

Fletcher decided against pursuing a career in business and instead pursued a different line of work. Her education was completed at an all-girls school in Memphis called Hutchison School. After that, she attended Baylor University and earned a degree in exercise and sports science. Finally, she attended Belmont University and earned a master’s degree in teaching with a concentration in elementary education. Today, she is a dedicated educator who cares deeply about her students.

Fletcher moved on to teach in St. Mary’s Episcopal School in 2021. According to reports, she has known each student on an individual basis and has made learning exciting for them by celebrating their every big and small success in the classroom. She began her career by working at Promise Academy in Nashville, where she taught Kindergarten and was also a soccer coach.

The news has left every single student in disbelief, and they are all keeping their fingers crossed that their teacher is okay and will be back soon. Fletcher has spent her entire life devoted to the sport of running; in 2019, she ran the St. Jude marathon and finished in a time that allowed her to compete in the world’s most prestigious marathon, the Boston Marathon.

Eliza Fletcher has been married to Richard “Richie” Fletcher for the past 8 years. The couple tied the knot on March 8, 2014, at the Dixon Gallery and Gardens on Park Avenue. Together, they raise their two sons in the city of Memphis, Tennessee.

Every year on their anniversary, Richard has shared a photo of the two of them together on Facebook. Along with a cute caption, it will be a picture of them having a good time on vacation or out on a romantic date; up until the tragic event, they were a joyful family. Their faith in Christ runs extremely deep, and they have been members of the Second Presbyterian Church for as long as anyone can remember.

Ques: How old is Eliza Fletcher?

Ques: What is Eliza Fletcher’s height and weight?

Ques: Who is Eliza Fletcher’s husband?

Ques: From where was Eliza Fletcher kidnapped?

Ans: She was abducted from the area of Central and Zach Curlin.

Ques: When was Eliza Fletcher kidnapped?

Ques: Eliza Fletcher was taken in which vehicle?

Ques: What are Eliza Fletcher’s Eyes and Hair Color?