Who was Uma Pemmaraju? Tributes pour in as Fox news anchor dies aged 64 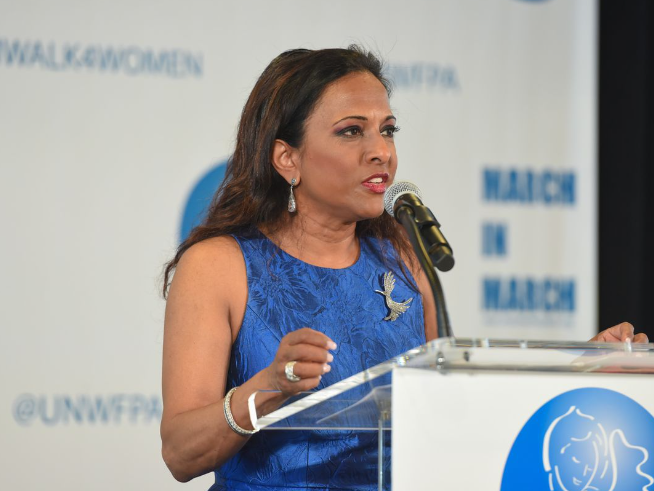 On August 8, 2018, at the age of 64, Uma Pemmaraju, a news anchor for Fox News, passed away. Suzanne Scott, the CEO of Fox News Media, voiced her sorrow in the following statement:

“We are profoundly saddened by the passing of Uma Pemmaraju, who was one of the original anchors of FOX News Channel and was on the air the day we started. Our hearts go out to her family and friends. Uma was a kind and lovely person who was most recognised for her friendliness to everyone she worked with. In addition to her enormous journalistic talent, Uma had a wonderful personality. Our deepest sympathies go out to her entire family at this difficult time.

Uma Pemmaraju, a former anchor and reporter for Channel 4, has unfortunately gone away.

After she left WBZ, she went on to become a news anchor for a national network.

The circumstances surrounding Pemmaraju’s passing are currently unknown, and we do not have access to specific details regarding her burial services at this time.

Since the very beginning of Fox News, Uma Pemmaraju had been a part of it.

Uma was born on March 31st, 1958 in Rajahmundry, which is located in the Indian state of Andhra Pradesh. She attended Trinity University in San Antonio, Texas, where she earned a Bachelor of Arts degree in political science, and she was born and raised there. However, she moved to another city in Texas for her adult life.

During the early phases of her professional career, Pemmaraju began her work in the media industry by becoming a producer for KENS-TV and a reporter for the San Antonio Express-News newspaper. After working as the editor of the student newspaper at her university, she went on to become a news anchor and correspondent for KTVT-11. Following that, she held positions at WLVI, WMAR-TV in Baltimore, and WBZ-TV in Boston. She worked for the WBZ programme “Evening Magazine” as a producer and a correspondent.

After then, she became well known for her work as the host and anchor of the Fox News programme America’s News Headquarters with Uma Pemmaraju. In addition to that, she worked as a reporter for Bloomberg News.

When the network initially went on the air in October of 1996, she was already a part of the Fox News crew. She hosted a variety of events and specials and conducted interviews with notable figures such as the Dalai Lama, Buzz Aldrin, Carly Simon, and Whoopi Goldberg, amongst others.

In both 1996 and 1997, Pemmaraju received the honour of “Best Anchor in Boston” from Boston magazine. In recognition of her work in reporting and investigative journalism, she was given multiple Emmy Awards, as well as a Texas AP Award, the Woman of Achievement Award from the Big Sisters Organization of America, and the Matrix Award from Women in Communications.