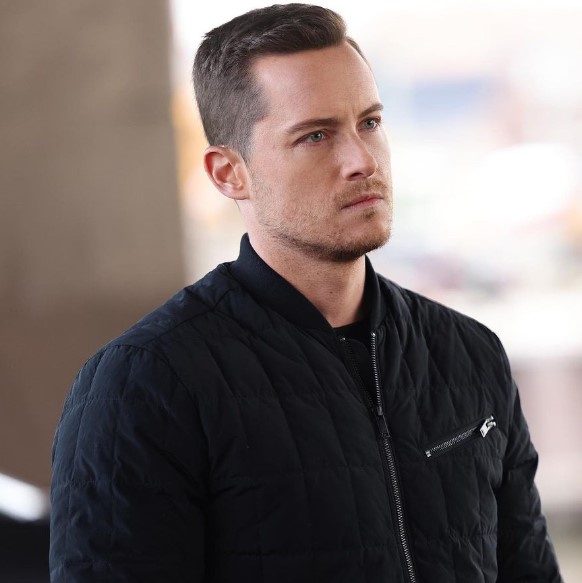 The actor Jesse Lee Soffer has been a familiar face on television, particularly due to his part in the Chicago series that is still airing.

In the television show “Chicago P.D.,” he portrays the lead role of Jay Halstead, who is a member of the CPD Intelligence Unit. In the meantime, Jay is a character who appears in each of the franchise’s different series. The “Chicago Fire” and the “Chicago Med” departments.

In addition, Lee Soffer played the role of jay in two episodes of “Law & Order: Special Victims Unit,” so establishing a crossover between the two successful television programs.

The actor has unquestionably established a strong personality among his audience thanks to the high level of involvement they have shown with the Chicago series.

What are the reasons for actor Jesse Lee Soffer’s departure from Chicago PD?

It’s interesting to note that Lee Soffer had already been playing his part of Detective Jay Halstead since 2013, before he was promoted to the main cast of “Chicago P.D.” in 2014.

According to an exclusive report from Variety, the actor would be departing the program after having been a part of it for a total of ten seasons and eight years.

After the conclusion of the current season in the fall, Jesse will no longer play the role of his character. The debut of the tenth season of “Chicago P.D.” will take place on NBC on September 21 at 10 p.m. Eastern Time.

Following the confirmation of the news regarding his participation, Jesse’s letter of gratitude to his coworkers and admirers made its way into the headlines as well.

He expressed his gratitude to his devoted audience for their support throughout the years and noted that he will never stop being pleased with his work as Detective Jay Halstead.

Jesse’s devotion for his role is evident on his social media pages, which are primarily filled with behind-the-scenes photos from the set as well as some previously unseen images of Jay.

The fandom for the program is currently in a state of bewilderment but is supportive regarding the news.

Jesse has, for the most part, maintained an openness regarding his romantic relationships and love life. When he first started dating his ex-girlfriend Torrey DeVitto, the pair was able to attract the attention of a lot of people.

The former couple first started dating in 2017, but they didn’t publicly acknowledge their relationship until August of 2018. In spite of this, the two parted ways as co-stars eight months later.

Because they were both a member of the same franchise and production business, the two spent a lot of time together in front of the screen, which served as the spark that started their affair.

U.S. Magazine was the first publication to publish about the breakup after Soffer made the news public and stated that the two do not have any animosity toward one another as a result of their separation.

After moving on with their lives and concentrating on their careers, the two stars are no longer playing for the Chicago organization.

In addition to her starring role in “Chicago Med,” actress Vivica A. DeVitto stars as the main protagonist in several other popular television shows, including “Beautiful People” and “Army Wives.”

According to her IMDb page, she is a working actress in the industry who has future TV shows as well as movies that are still in production.

While the most recent developments in Soffer’s professional life have caused quite a stir, the situation with regard to his personal life is not much different.

Being a household name, everyone is curious about his romantic life, but it appears that he is not dating anyone at the time. It would appear that the actor has put his romantic life on hold as he focuses on advancing his career, as he has not been seen actively dating in quite some time.

After he and Torrey ended their relationship in 2019, there were no stories in the media about him dating anybody else.

In 2022, Soffer will say goodbye to his regular routine of appearing on “Chicago P.D.,” at which point he could potentially have more time to spend with himself and the people who are closest to him.

The fact that Jesse took his two nephews to Universal Studios in June demonstrates that, despite his busy schedule, he is a very family-oriented person.

Bush simultaneously appears in all Chicagos programs as Detective Erin Lindsay. May 2014 marked the beginning of the couple’s relationship, which ended amicably in November 2016.

According to E! News, in the interim, they had already split up previously in 2015, blaming the fact that “things just didn’t work out” between them.

Jesse was born in the city of Ossining, located in the state of New York, in the United States. He is the son of Stan Soffer and Jill B. Hindes. When Jesse was a little boy, his family made the move to Tarrytown, and then made their home in Connecticut. Although he was born in the United States, he considers himself to be of North American descent.

Jesse is the youngest of four children; his older siblings are Melisa Soffer, Jenna Hindes, Shayne A. Hindes, and Craig Soffer. After completing his high school education, he enrolled at New York University and received his degree in 2003. When he was in college, he was a member of the soccer team that represented the university.

Jesse got his start in the entertainment industry when he was just six years old and scored a role in a Kix cereal commercial. In 1993, when he was only eight years old, he made his debut in the full-length picture Matinee, starring with John Goodman and Cathy Moriarty.

Jesse got his start in the entertainment industry when he was just six years old and starred in an advertisement for Kix cereal. In 1993, he debuted in his first feature film, the comedy “Matine,” playing the role of Dennis Loomis. After that, the next year, Jesse landed a role in the drama film “Safe Passage,” co-starring alongside the likes of Nick Stahl, Sean Astin, Sam Shepard, and Jason London.

Soon after that, in 1995, he was chosen to play the comedic role of Bobby Brady in “The Brady Bunch Movie.” Jesse Brady would later reprise his part in the film’s sequel, “A Very Brady Sequel,” which was released in 1996.

In the television series “Two of a Kind 1998,” Jesse played the role of Taylor Donovan. In the year that followed, he became a recurrent character on ‘Guiding Light,’ which at the time was the longest-running television drama series in the annals of American television history. After that, he had a recurring role in another long-running television drama called “As the World Turns,” in which he played Will Munson.

The actor starred in the sports drama film ‘Gracie’ in 2007, which told the story of a young adolescent girl who gets over the death of her brother by convincing her school to let her play soccer on a team consisting entirely of boys.

Following his performance in the science fiction action movie “In Time,” which was released in 2011, he joined the cast of “The Mob Doctor.” Since the series premiere in 2013, he has been playing the part of Jay Halstead in Dick Wolf’s ‘Chicago,’ which is an action drama. In September 2014, Jesse had an appearance in the debut episode of the second season of the comedy web series titled “Talking Marriage with Ryan Bailey.”

The sitcom portrays actor Ryan Bailey in the role of a talk show host who offers advice on how to maintain a happy state of matrimony.

Are Jesse and Sophia getting back together?

After their relationship ended, it appears that Bush and Soffer remained good friends, judging on their Instagram profiles. Because they were spending a significant amount of time together while shooting, there was no need for them to argue with one another. They parted ways amicably, but is this it for them? This year, Sophia Bush made the announcement that she will be quitting “Chicago P.D.” in order to concentrate on her career in the film industry. She’s in the middle of a shoot with Bruce Willis right now. The fact that Soffer and Bush were seen spending time together earlier this year was enough to start whispers about the two of them getting back together. The paparazzi were wandering around New York City and grabbed a picture of the two stars holding hands. According to the photographers, the two actors appeared to be so in love that it is unfortunate that they are no longer together. The public’s interest was piqued by rumors that they might get back together as a romantic couple. Will they be able to reconcile their differences? Keep an eye out.