Apna NewzLeading The Youth Towards Future
HomeNewsWhy Is Annie LeBlanc Referred To As Jules? A YouTuber Was Injured...
News

Why Is Annie LeBlanc Referred To As Jules? A YouTuber Was Injured In A Hit-And-Run Collision 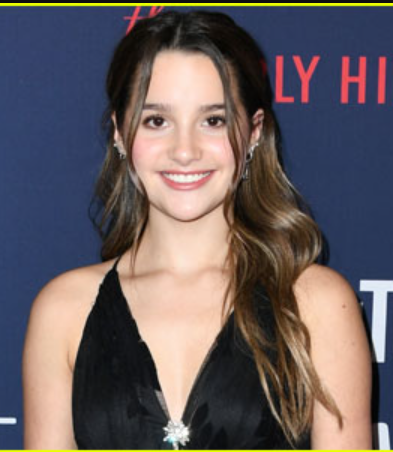 Annie LeBlanc, better known by her stage name Jules LeBlanc, is a popular actress and YouTube personality. On August 5, her team shared the news with her 9.7 million Instagram followers that she had been taken to the hospital after being injured in a hit-and-run accident.

A drunk driver “flew through a red light” while the YouTuber Jules and her friends were crossing the street in Santa Monica when the incident occurred, according to an official statement that was posted on the YouTuber’s Instagram story by her team.

The Instagram story also revealed that emergency services, including firefighters and paramedics, were rushed to the location as soon as they received the call. Following the accident, LeBlanc’s “face and legs were bloody, scraped, and bruised but thankfully she had no broken bones or serious injuries.” She is said to be making a recovery at this time, and it is anticipated that she will return to her normal self very soon.

Additionally, it was revealed in the message that she sent to her followers that the Santa Monica Police Department “quickly apprehended the drunk driver.”

The final part of the statement included a cautionary note about the dangers of driving under the influence of alcohol:

“I ask that you take this occurrence as a lesson to always exercise caution while behind the wheel and to consume alcohol in a responsible manner for the sake of the safety of others. In the event that you are out drinking and find yourself in need of assistance getting home, please do not hesitate to contact a friend, member of your family, ridesharing services, or a non-emergency assistance number in order to get home in a secure manner. Driving under the influence of alcohol is never worth the risk. Stay safe.” Why did Annie LeBlanc go by “Jules” when she was posting things online?

Annie was the name that people called LeBlanc when she first started getting noticed after appearing in a Nickelodeon show called Side Hustle. Nevertheless, in October of the year 2020, she divulged the news that she would henceforth be known as Jules LeBlanc.

On the other hand, the actress has since disclosed that the name change was not nearly as significant as one might initially believe it to have been. Her legal name is Julianna Grace LeBlanc, and she goes by the nickname “Annie.” Her full name, however, is Julianna Grace LeBlanc. HITC claims that the actress was known by the name “Annie” in the past because her younger brother had trouble pronouncing the name “Julianna.”

She disclosed the following information about reverting to her maiden name of Jules online:

“To my astonishment, a significant number of people enjoyed it. That was something I was not prepared for. I get the impression that, for whatever reason, some people are upset about the fact that I’m doing it… Everything is going to work out perfectly well. I’m not sure how to relay this information to everyone.”

LeBlanc began going by the name “Jules” in March of 2021, despite the fact that she had changed her name to Annie on various social media platforms, such as TikTok. During a live Instagram broadcast, she elaborated as follows:

“My given name is Julianna, but I’ve recently taken to going by the name Jules.”