Apna NewzLeading The Youth Towards Future
HomeNewsWhy Was Singer Judith Durham In A Wheelchair? Illness And Health Status...
News

Why Was Singer Judith Durham In A Wheelchair? Illness And Health Status Before Her Death Details 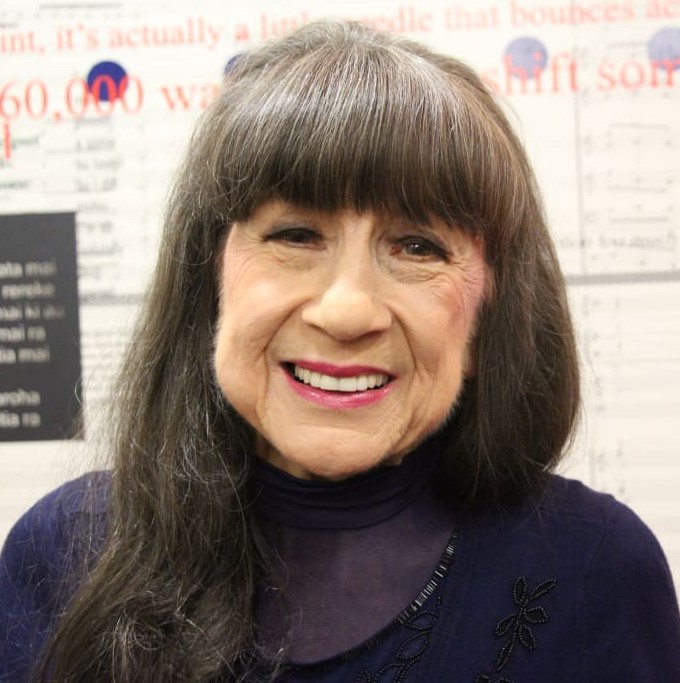 Due to Judith Durham’s iconic stature in the music industry, the entire country of Australia is coming to terms with the news of her passing.

When she first joined the Seekers in 1963, the band sang traditional folk music, and she was the group’s lead singer. The Seekers are comprised of individuals named Athol Guy, Keith Potger, and Bruce Woodley. These individuals collaborated with Durham.

The band is the first Australian pop music group to achieve considerable chart and sales success in the United Kingdom and the United States of America. They have also sold more than 50 million records all over the world.

Why Was Judith Durham In A Wheelchair?

The Seekers were scheduled to give a performance of “The Carnival Is Over” at the closing ceremony of the Summer Paralympics in Sydney in the year 2000.

However, Durham suffered a hip fracture a few weeks before the big event that was supposed to take place. She could have cancelled the event, but instead she sang while seated in a wheelchair that night.

Her choice to do so was met with acclaim from the general populace because the Summer Paralympics of 2000 were one of the most significant events that were hosted in Australia during that period.

The majority of those in attendance were looking forward to the performance by the Seekers, and Judith did not let any of them down. After receiving some rest and some assistance from the medical staff, she stood up from the wheelchair.

In later years of her life, she suffered from a number of different illnesses and health disorders, and on August 5, 2022, she passed away as a result of her bad health state.

According to a statement on The Seekers’ official Facebook page, the well-respected musician Durham passed away after a protracted struggle with severe lung disease. Durham was a member of The Seekers.

A public discussion of the singer’s health was something she avoided doing for the most part in the months leading up to her passing away.

On August 5th, she passed away at the age of 79 in The Alfred Hospital in Melbourne, Australia. On Friday, following a short stay in the emergency room, Judith was transferred to the Palliative Care unit; nevertheless, she passed away without any discomfort later that day.

In May 2013, while the Seekers were on their Golden Jubilee tour, Durham had a stroke, which was her first health crisis after a long fight with lung disease.

However, the devastated Durham family did accede to the state’s request for a state funeral and requested for privacy in the meanwhile. In light of this, the state of Victoria will soon hold a state burial for the internationally renowned singer who passed away recently.

Between the years of 1969 and 1994, Judith Durham was married to the British pianist Ron Edgeworth. They met while he was serving as his musical director, which led to the beginning of their relationship, which culminated in their marriage on November 21, 1969.

According to a post on the singer’s official Facebook page, it appears that she recently tied the knot at Scots Church in Melbourne. This is the same church where her parents tied the knot. They continued to live in the UK and Switzerland until the middle of the 1980s, but after that they relocated to Queensland.

During the Seekers Silver Jubilee reunion event, Edgeworth received the news that she was suffering from motor neuron illness. On December 10, 1994, he said his final goodbyes to the entire globe.

Because this particular couple never decided to establish a family, it was never an option for them to have children. However, they had a close relationship with the children of the Seekers’ bandmates.

On the other side, Judith Mavis Cock was given life by her parents, William Alexander Cock and Hazel Durham, and given the name Judith Mavis Cock at birth. She is related to a Beverly Sheehan who is her sister.

Share
Facebook
Twitter
Pinterest
WhatsApp
Previous articleDid John Barilaro (NSW Deputy Premier) Had An Affair With Girlfriend Jennifer Lugsdin Before Divorce?
Next articleWhy Was Rapper Ishowspeed Gets Arrested? What Did He Do? Charges Explained