Apna NewzLeading The Youth Towards Future
HomeNewsWinston Kirtley Jr. Did What? Detroit Man Charged In Shooting That Left...
News 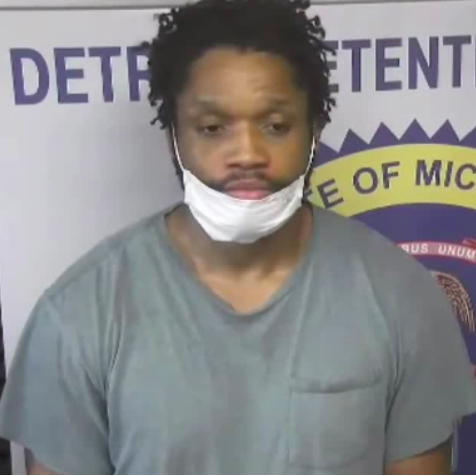 On Wednesday, August 3, Detroit resident Winston Kirtley Jr. was formally charged in connection with a weekend mass shooting on the city’s west side that left two people dead and six injured.

According to a statement from Detroit police, Winston Kirtley Jr., 36, was charged in 36th District Court with first-degree murder and assault with intent to murder and additional charges. He was arrested on Coyle Street in the early hours of Sunday.

In a statement, the prosecutor, Kym Worthy, stated the following:

“I have always been aware that the smallest of occurrences may, at times, result in the greatest amount of suffering. The purported motivation in this case is completely inexplicable, and as a result, lives have been irrevocably altered.

In addition to this, the prosecutor stated:

When it comes to the issue of gun violence in today’s society, it is crystal evident, as it has been for some time, that absolutely nothing is off limits. It is also obvious that there is very little political will to exert any kind of control over the systems that are responsible for it.

According to the findings of the investigation, the event took place at 2:44 in the morning on July 31 in the 11600 block of Coyle Street, which is located on the west side of Detroit and is near to Plymouth Road.

Homeowner Winston Kirtley Jr. allegedly grew enraged because of the manner in which individuals parked their automobiles for a birthday party just across the street from his home, as stated by the Chief of Police for the city of Detroit, James White.

White gave a description of the event:

“This was a birthday celebration, and people were parked all around the residence. Our suspect grew agitated with the placement of the cars,” the police officer said. According to what I’ve been told, it’s possible that one of the automobiles was obstructing the driveway.

According to the authorities, Winston Kirtley Jr. opened fire from both the first and second levels of his residence. A dispute about parking allegedly resulted in Kirtley firing multiple bullets from what the authorities referred to as a “high-powered rifle.” This was reported by the police.

On Wednesday, charges were brought against Winston Kirtley Jr., and he was taken into custody at the Wayne County Jail. A probable cause hearing has been set on August 18, and the court has ordered Kirtley to remain in jail until then.

In a statement, White stated the following:

Someone who had no regard for the lives of others took the lives of two families’ loved ones over a petty argument, and it is very tragic that both families will have to mourn their departed members. “This gunshot should never have occurred, but thankfully, our police were able to take this person into custody before anybody else was harmed. However, this incident should never have occurred.”

The victims who were injured in the exchange of gunfire, according to the police, were transported to the hospital by ambulance after being injured in a collision at the intersection of McNichols and Greenfield Roads.

Andre Willis Jr., age 38, from Detroit, was pronounced dead at the site of the incident. On Monday, the police made public their discovery that a second victim had died dead as a result of her injuries. Toyake Thirkeild, a resident of Detroit who is 39 years old, was subsequently recognized as the woman. However, the names of the other six people who were injured in the shooting have not yet been verified by the authorities who are investigating the incident.